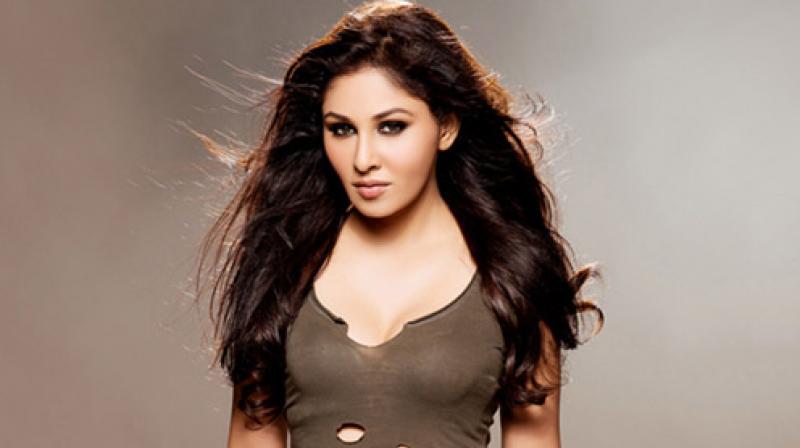 Pooja Chopra (born 3 May 1985) is an Indian film actress and model. She was a semi-finalist at Miss World 2009 and first Indian to win the title of “Beauty with a Purpose” in the competition held in Johannesburg, South Africa. Chopra won as many as eight national and international titles, including Femina Miss India in 2009.

Chopra is born in Kolkata and is the child of a single mother. Her father did not want a girl child, so her mother left her father. She has an older sister named Subhra Chopra. Pooja’s personal story was featured in a documentary by Nisha Pahuja

Chopra sprained her ankle while running down a flight of stairs one week before the Miss World final on 12 December 2009. Doctors advised three weeks of complete bed-rest, but she continued with the competition. Chair of the Miss World Organization Julia Morley suggested that Chopra drop out of the dance round, so she took only a few steps before being allowed to stop. She finished as one of the top sixteen finalists out of 112 contestants

On 12 December 2009, she won the “Beauty with a Purpose” title at Miss World 2009 based on her charitable work in the India “Nanhi Kali” project. She earned US$10,000 for her project, which helps small, poor girls.

On 30 April 2010, Chopra crowned her successor Manasvi Mamgai as the next Miss India World.

She was featured in Times 50 Most Beautiful Women. The list features India’s most beautiful faces.

Chopra won the Times Powerful Woman Award 2017 in the field of acting. The list features the most eminent personalities who have made it on their merit. Considering their shared interest in fitness, Pooja Chopra, along with Akshay Kumar, launched the Asian Heart Institute Initiative “Happy Heart India” campaign for underprivileged children in 2018. Chopra was also invited by the BMC to lead the campaign #EkChammachKam alongside Farhan Akhtar to spread awareness about non-communicable diseases.

Chopra made her acting debut in the 2011 Tamil film Ponnar Shankar, playing the role of Princess Muthaayi, opposite Prashanth Thiagarajan. The film was written by the former Chief Minister of Tamil Nadu M. Karunanidhi and directed by Thiagarajan. Before she made her debut in Bollywood as a leading lady, she had minor roles in Madhur Bhandarkar’s films Fashion and Heroine.

She recently was seen in Vipul Shah’s action film Commando opposite Vidyut Jammwal, in her first lead role.

Pooja in 2018 featured in a T Series music video “Sau Fikr”, a song by Bishwajit Ghosh and Rohit Singh.

Pooja Chopra next will be seen in a lead role with Sharman Joshi in Babloo Bachelor.

In 2009, she won the Beauty with a Purpose award at the Miss World contest in Johannesburg, South Africa.