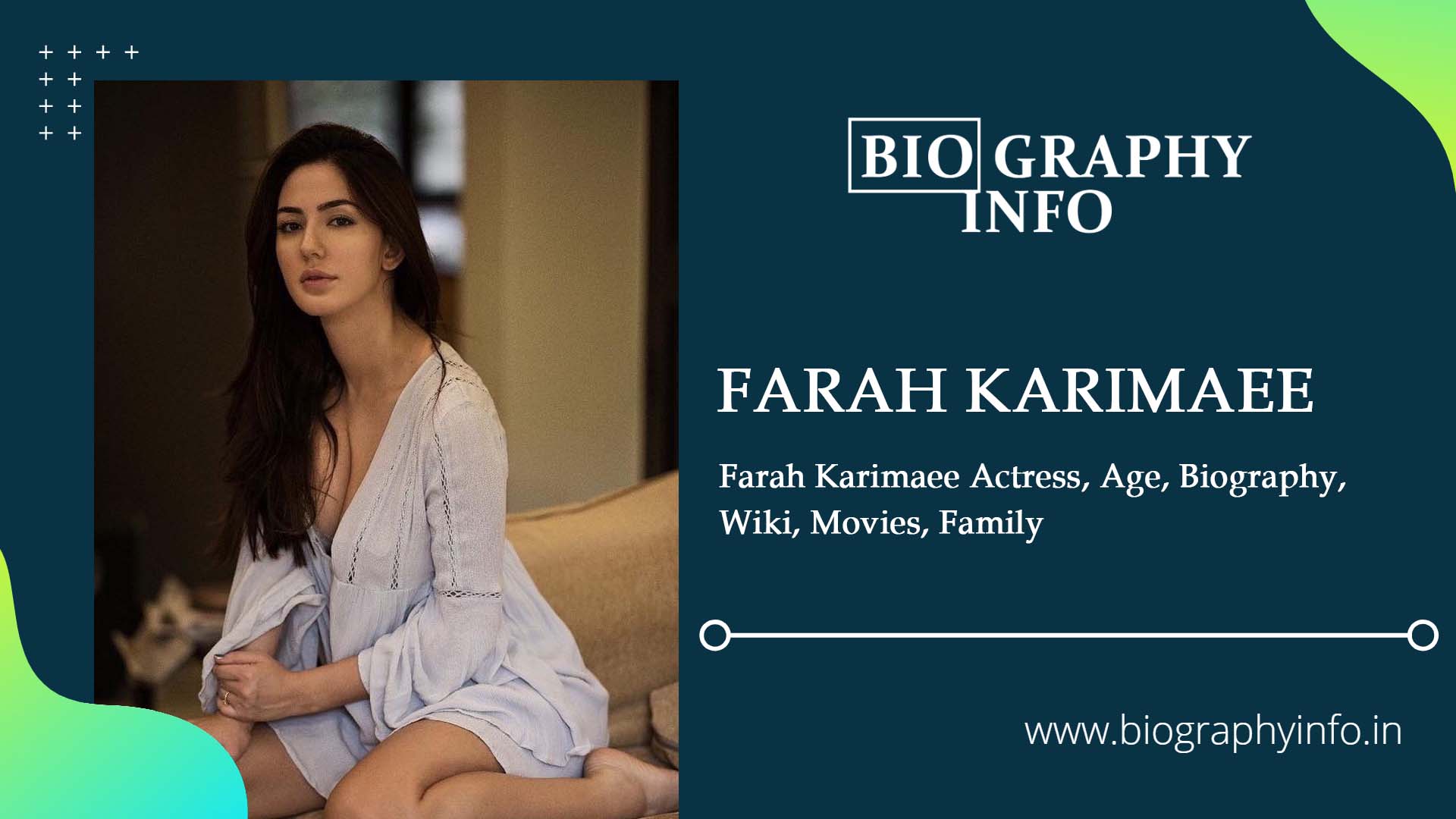 Farah Karimaee (born 13th July 1993) is a Dutch-Indian model and actress who does Bollywood and Tollywood movies. She has appeared in many Tollywood films like Dhruva (2016), Mr Majnu (2019), etc. She has also worked for many popular fashion agencies like Toabh and Inega. In India, she has been featured in advertisements for Parachute Advanced Body Lotion, Lakme, Envy deodorants, etc.

Farah Karimaee was born in Zuid, Netherlands to a Muslim family belonging to India. She follows Islam and holds an Indian nationality. She has a sister named Toloue Karimaee.

She was brought up in the Dutch culture as her parents were settled in the Netherlands. Farah did her schooling and completed her graduation there in the Netherlands with her sister. After completing her graduation there she moved to Mumbai, India along with her family. After moving to India she started looking to build her career in modelling and in 2008 got her first shot at it. From then she has made her portfolio very strong.

The gorgeous model and actress are currently unmarried, but she is in a relationship with a guy named Rahul J Thomas, who is a real estate developer in Mumbai. She posts a lot of pictures with him on her social media account. They share a very positive and healthy relationship.

Farah Karimaee moved to Mumbai, India after completing her graduation in the Netherlands. After moving to India Karimaee got her first shot at modelling. She has worked with popular Indian fashion talent agencies like Toabh and Inga. She has also worked for many international brands like Tribhuvandas Bhimji Zaveri, Lakme, Envy Deodorants, etc. She got popular after doing an advertisement for Parachute Advanced Body Lotion.

After that advertisement, she started getting offers from Bollywood and Tollywood directors and producers. In 2016, she got the opportunity to portray the role of Tara in romantic thriller Teraa Suroor opposite Himesh Reshammiya. That year she also portrayed the role of Preeti in Dhruva. One year later, in 2017, she played the role of Athena in the movie Gautami Satakarni.

Her most recent movie, Mr Majnu was released in 2019. Apart from movies she participated in Beauty Pageant Queen of Netherlands, 2013, and won the 1st runner up title.