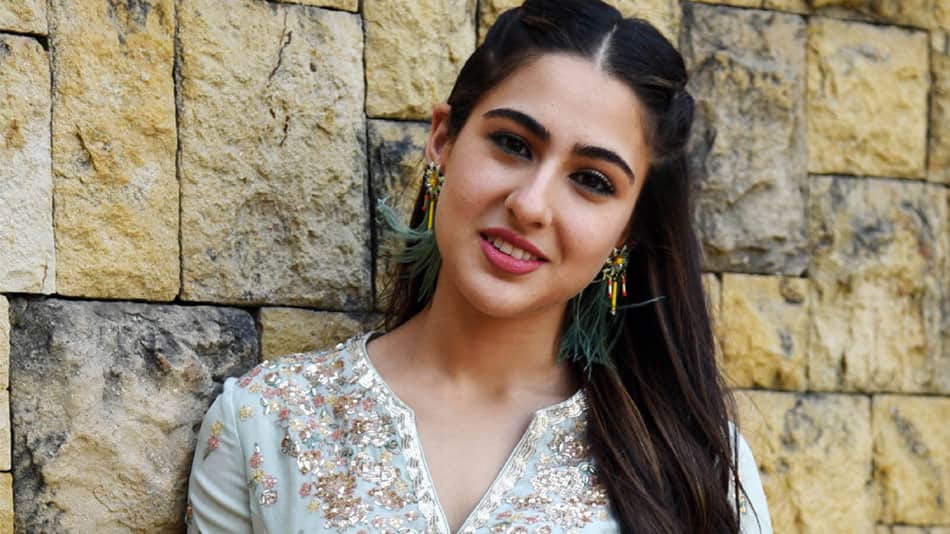 Sara Ali Khan (born 12th August 1995) is a popular Indian actress who works in Bollywood movies. She is the daughter of famous Nawab of Pataudi and Bollywood actor Saif Ali Khan and Tagore family actress Amrita Singh. Her step-mother is the famous Bollywood actress, Kareena Kapoor Khan. Sara made her debut in Bollywood with the movie Kedarnath, starring alongside Sushant Singh Rajput. She portrayed the lead role of Mandakani “Mukku” Mishra. She is also the granddaughter of famous cricketer Mansoor Ali Khan Pataudi and Bollywood actress Sharmila Tagore.

Sara Ali Khan was born and brought up in Mumbai, Maharashtra, India to father Saif Ali Khan and mother Amrita Singh. She is of Pashtun and Bengali descent on her father’s side, and of Punjabi descent on her mother’s side. She holds an Indian nationality. Her father, Saif Ali Khan is the Nawab of Pataudi and a famous Bollywood actor who has starred in many Bollywood films. Her mother, Amrita Singh, who is originally from Pakistan is also an Actor.

She has also done many titles. Sara’s parents got married in 1991 and got divorced in 2004. Sara has two brothers, Ibrahim Ali Khan and half brother Taimur Ali Khan. Her father got married to his second wife, Kareena Kapoor in 2012. She is the mother of Taimur Ali Khan. Sara’s paternal grandmother, Sharmila Tagore was a Bollywood actress and paternal grandfather was the captain of Indian Cricket team.

On the other hand, her maternal grandmother was Ruksana Sultana and her maternal grandfather was Shavinder Singh. She suffered from Polycystic Ovarian Disease (PCOD) and was overweight because of it. She later recovered from the disease and worked on her body to get a good healthy physique. Sara completed her schooling from Besant Montessori School, Mumbai and graduated from Columbia University, New York. She did her graduation in history and Political Science. After graduating she returned to India.

Sara Ali Khan first appeared on the cover of ‘Hello’ magazine with her mother, Amrita Singh when she was in college. After her appearance, she started getting many modelling offers, but her parents wanted her to complete her studies first. She completed her studies in New York and returned to India. After returning, In 2018 she got the opportunity to portray the role of Mandakani “Mukku” Mishra in the movie Kedarnath, co-starring opposite Sushant Singh Rajput. That year she also appeared alongside Ranveer Singh in Simmba, as Shagun Sathe.

Two years later, in 2020 Sara portrayed the lead role of Zoe in the remake of her father’s movie Love Aaj Kal alongside Kartik Aryan. Her upcoming movies include Coolie No. 1 and Atrangi Re (2021). Apart from movies, she is also the celebrity endorser for brands like Puma, Veet and Fanta. In 2019, Sara appeared in Forbes India’s Celebrity 100 list and was ranked 66th with an estimated annual income of 57.5 million rupees. Sara’s achievements include the Filmfare Award for Best Female Debut and the IIFA Award for Star Debut of the Year – Female.