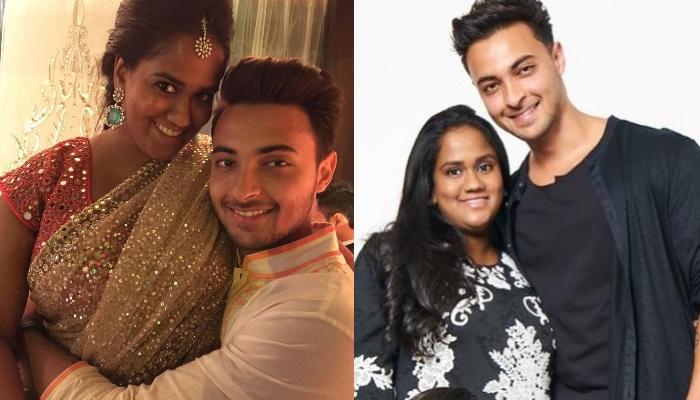 Arpita Khan Sharma is a leading architect and an interior fashion designer. She is the foster sister to the Bhai of the industry that is none other than Salman Khan. Although she was in the upbringing of the Khan family, she does not incline to build a career in acting.

A distinguished face of Indian celebs, she is very active on Instagram and keeps updating her fans about her life and posting pictures of her beloved family.

She is the biological daughter of homeless parents who died owing to some mishap that happened on Mumbai footpath.

She was found crying on the Mumbai street when Salim Khan happened to catch sight of her.

No bias and all pampering are what she’s got in this family. She went to a private school and finished her higher studies in fashion designing from the London School of Fashion.

Arpita dated Arjun Kapoor when he was 18, and he acknowledged to a daily that this was by far his most serious relationship. Their bond bagged a lot of eyeballs, and as Arpita is a well-known face, this was a booster for masala stories.

Though, the couple broke up after two years. Later, businessman Aayush Sharma and Arpita met through a familiar friend and began dating in 2013, which resulted in tieing a knot.

The marriage ceremony took place at the grand Taj Falaknuma Palace in Hyderabad on 18 November 2015. The wedding venue is reckoned to be one of the most glorious and extravagant palaces of the Nizam.

Arpita and her long-time beau, Aayush Sharma’s grand wedding, was the buzzing talk of the B-town.

It was a star-studded affair where personalities not only from Bollywood, Tollywood but also, the rarefied list contained names from the business world and diplomats. Amitabh Bachchan, Priyanka Chopra, Chiranjeevi, Suresh Babu, and Sania Mirza are a few names that came to grace the event.

Arpita dreams of launching her fashion brand and also has plans to walk into film production. The duo seems to be crazy about each other, and Instagram is perfect evidence of this.

Whether it’s celebrating Diwali or Karvachauth or birthdays, Arpita and Aayush seem to be each other’s, soul mates.

A match made in heaven! The couple is expecting another baby, and as per sources, she might gift Sallu Bhai by welcoming the child in her life on his birthday that is on 27 December by a C-section delivery.