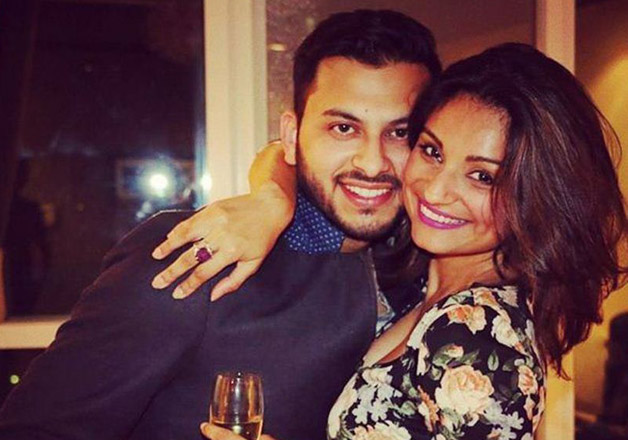 Her original name is Soumoshree Ganguly, formerly known as Dimpy Roy, Dimpy being her nickname. She is the daughter of Saibal Ganguly, her father, and Sushmita Ganguly, her mother. She is 34 years old, formerly belonging from Kolkata, West Bengal.

Dimpy Ganguly, formerly known as Dimpy Roy, was born on 25th July 1985 in Kolkata, West Bengal, India. Koel Ganguly, her sister, is her sole sibling. She is Hindu by religion and Bengali is her mother tongue. She went to Saltlake school in Kolkata and did her honours’ in English literature from the reputed Scottish Church college in 2009. Dimpy is an extrovert and a fun-loving person.

Dimpy was married to Rahul Mahajan in 2010. Rahul Mahajan is an Indian television entertainer. Rahul Mahajan’s father was a minister and BJP leader. She fell in love with Rahul on the reality show in 2010, and they began with their ‘ happily-ever-after’. Although her paradise didn’t last long and after 4 years of marital relationship, the couple broke up their marriage and filed a divorce. They got separated in 2014 on the grounds of a violent and abusive relationship.

In 2015, she married Rohit Roy, a business tycoon based in Dubai. Although Rohit and Dimpy were childhood friends, they never confessed their love for each other. It was only after they bumped in Dubai in 2013, did their love story begin. Soon after Rohit proposed Dimpy with a diamond Tiffany & co, they finally got hitched on 27th November 2015 with a proper Bengali traditional ceremony The couple has a beautiful three-year-old daughter named Reanna, who was born on 20th June 2016.

Dimpy had participated in a beauty pageant of India named ‘ Gladrags Mega Model Manhunt ‘ in 2009 that gave a boost to her modelling career. She participated in 3 famous reality shows, namely, Rahul Dulhaniya le Jayenge, winning the show and getting married to Rahul Mahajan.

Dimpy was a finalist of big boss season 8 in 2014 in spite of being a wildcard entry, and later she was also was a contestant of the dancing show, Nach Baliye 5. She also starred in Tv serials like Yeh Rishta kya kehlata hai and Bade ache lagte hain.