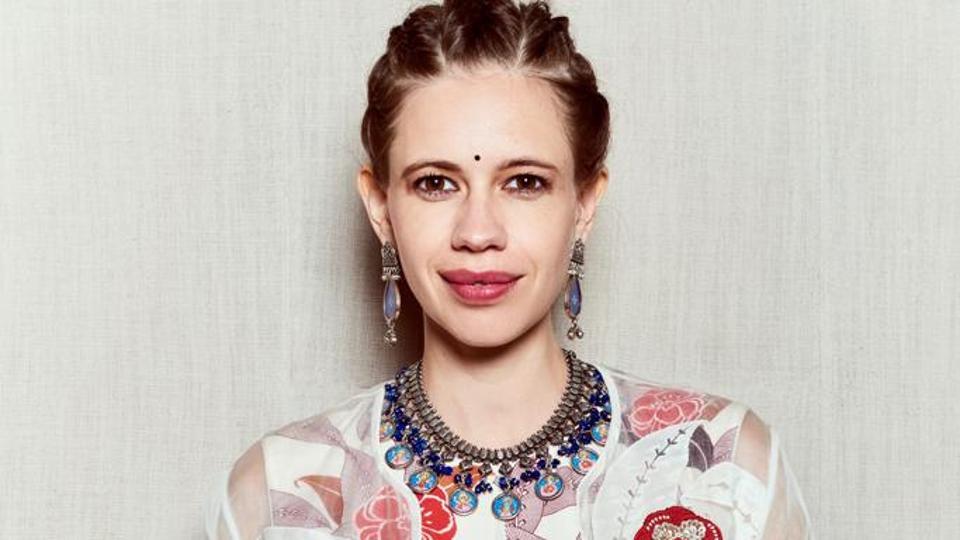 Kalki Koechlin is a French actress and writer. She is a Hindu by religion and is of French nationality. Kalki was born to her French parents Joel Koechlin and Francoise Armandie.

She has a younger brother named Oriel Koechlin. She is also a distant relative of Maurice Koechlin, who had an essential role in designing and the construction of the Eiffel Tower and even the Statue of Liberty. Her parents are divorced, and she has a half-brother from her mother’s previous marriage and another half-brother from her father’s subsequent marriage.

She was married to the filmmaker Anurag Kashyap and got divorced in the year 2015. She is currently dating an Israeli classical pianist, Guy Hershberg. In early September of 2019, she announced that she was five months pregnant with Guy’s baby.

Kalki Koechlin was born to her French parents Joel Koechlin and Francoise Armandie on 10th January 1984 in Pondicherry, India. Her parents are the devotees of Sri Aurobindo, and she had spent the right amount of her childhood in Auroville. Kalki has a younger brother named Oriel Koechlin. She was quiet and shy as a child.

Her family had later settled in Kallatty, a village near Ooty in Tamil Nadu. She grew up in a strict environment in her childhood and spoke three languages, i.e. English, Tamil, and French.

Her parents divorced when she was fifteen, and her father remarried later while she lived with her mother. Kalki studied at a boarding school in Ooty named Hebron School where she was involved in acting and writing. She aspired to study psychiatry and criminal psychologist. After finishing school, she went to London at the age of 18 to Goldsmiths, University of London.

She worked at the Theatre of Relativity, a theatre company in London for two years, writing The Rise of the Wild Hunt and performing in plays such as The Blue Room and The Dispute by David hare and Maurivaux respectively. On weekends she used to work as a waitress.

After she completed her studies, she moved back to Bangalore in India with her maternal Half-brother. When she couldn’t find work there, she went to Mumbai and worked with a few theatre directors and Atul Kumar and Ajay Krishnan who were the founders of “THE COMPANY THEATRE”, a Mumbai-based theatre company. They were looking for someone to perform in Contacting the World, a theatrical festival that was to be held in Liverpool.

After moving to Mumbai, Kalki auditioned for Anurag Kashyap’s Dev.D which is a modern-day adaptation of the Bengali novel Devdas written by Sarat Chandra Chattopadhyay in 1917. Her character was based on Chandramukhi a pivotal role in the novel, a prostitute who fell in love with the main character.

Initially, Anurag had rejected her as she wasn’t Indian and did not fit the role, but he later changed his mind after watching her audition tape. The film was a huge success, and Kalki gained recognition and praise for her performance in the movie.

Filmfare even awarded her the Best Supporting actress. She later appeared in the black comedy film as a supporting role in Emotional Atyachaar which was her only film appearance in 2010 and gained her mixed reviews from the critics.

After a few early struggles, Kalki made appearances in four films in 2011. The first was a crime-thriller called Shaitan made by Bejoy Nambiar where she played the role of a disturbed teenager. Though her character was described as “a nightmare” and “engaging” by the film critics, she still gained praise for her performance.

She later made her appearance in a coming of age comedy Zindagi Na Milegi Dobara produced by Zoya Akhtar. After her appearances in 2011, she gained a lot of recognition for her performances. She even started as a screenwriter in Anurag Kashyap’s 2011 thriller That Girl in Yellow Boots as he asked her to write the story since he wanted a woman’s perspective.