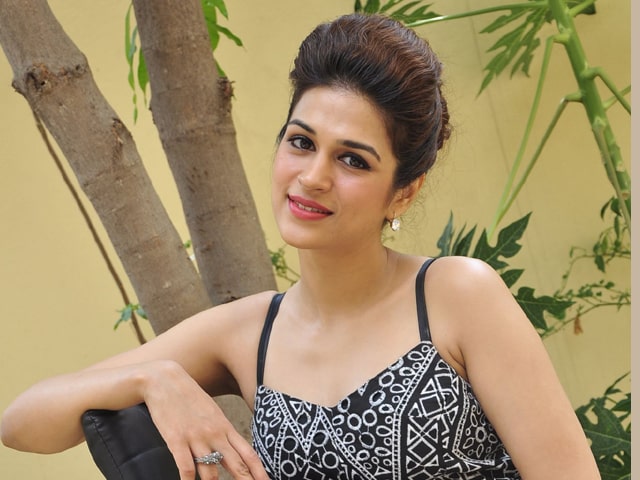 Shraddha Das is an Indian film on-screen character who, for the most part, works in Telugu and Hindi motion pictures. She has shown up in movies, for example, Great Grand Masti, Dictator, Guntur Talkies, Ouija, Dracula 2012, and Darling.

Das began her displaying profession while she was learning at the University of Mumbai. Around then, she joined an acting academy in New Delhi named the National School of Drama. Interim, she did a few video ads and print notices too From the TV commercials, Das rose to distinction as the primary model.

Shraddha Das made her acting presentation in 2008 in Siddu from Sikakulam film. Anyway, she acted the supporting entertainer job in that film at the same time, earned gigantic positive audits. After that, in 2009-10, she showed up in just about ten motion pictures, including Arya 2, Lahore, Darling, and Nagavalli.

Shraddha Das made her acting introduction with the Telugu film “Siddu from Sikakulam” in 2008, in which she assumed the job of Nisha.

In 2010, she won her first acting job in Hindi with the film Lahore for her role as Ida. Her Kannada debut came in 2012 with the film Hosa Prema Purana, and she made her Malayalam debut in the motion picture Dracula 2012 out of 2013. In 2014, Das made Bengali film debut with The Royal Bengal Tiger motion picture as a lead entertainer.

From being a model to a slanting Telugu entertainer, it’s been an extraordinary voyage of Shradha Das. In the film Udgharsha, Das acted the supporting on-screen character job inverse Thakur Anoop Singh and Tanya Hope.

Shraddha was likewise a piece of Hippi film inverse Kartikeya Reddy Gummakonda and Digangana Suryavanshi. Also, for the film, he was perceived by the Telugu media outlet.

Moreover, she will show up in Kotigobba 3, which is a Kannada motion picture and Panther: Hindustan Meri Jaan, a Bengali film.

In 2010 she made her Bollywood debut in Sai Om Films’ lady adventure Lahore, coordinated by Sanjay Puran Singh Chauhan. Lahore was the leading film Das acted in; she went for the movie during the most recent year of her school. However, delays implied that few other of her movies discharged before.

The film, which centers around India–Pakistan relations, was released in March 2010 and won honors at the 42nd WorldFest-Houston International Film Festival and the 57th National Film Awards.

Because of her appearances in the continuations of (Arya 2), Mantra (Diary), and Chandramukhi (Nagavalli), Shraddha Das obtained the epithet “Sequel Queen.” Her subsequent Hindi film was Dil Toh Baccha Hai Ji that released in 2011.