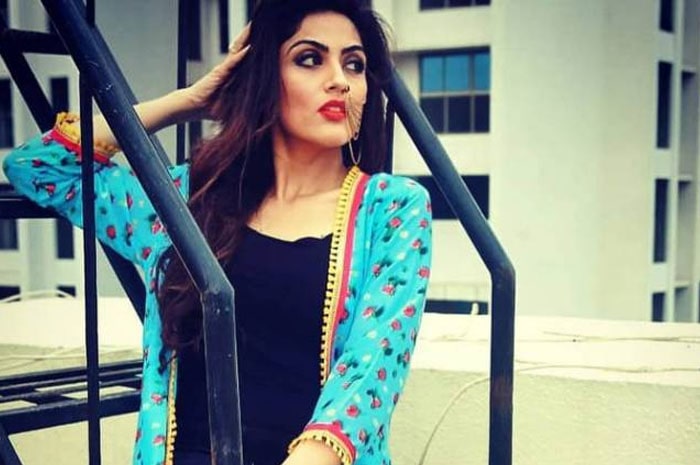 The Indian actress and former model, Monica Khanna is very popular amongst teenagers and housewives for her acting and beauty.

To start her career in the Television Industry, she first became a model. She debuted at the age of 23 with YRF serial Mahi Ve in which she was given the role of Roshni. From this TV show she started her career and made great success in her acting career.

Now in Ishq Subhan Allah she plays the negative side of the Zeenat.

Monica is from Delhi, India. She resided with her family in Delhi. She completed her education from Delhi University. She always wanted to be an actress. She participated in many fashion shows in her college days. To convert her dream into reality she shifted to Mumbai.

She started her profession as a model in Mumbai and then auditioned for various TV shows. She came off with many advertisements. When she was 23 years old, she appeared on TV for the first time with Yash Chopra’s serial Mahi Ve, where she played Roshni.

She first started as a model and then took a step towards becoming a TV actress. To turn her dream of becoming an actress, she moved to Mumbai. With her hard work and dedication, she got the role of Karishma in Aasman Se Aage which allotted her huge popularity. Since she appeared in this serial, she was better known as a best western dancer and was really unique and remarkable solely because of her dancing in Apoorva Agnihotri’s TV serial Aasman Se Aage. A side profile role was offered at Housewife Hai.. Sab Jaanti Hai to Monica Khanna before working in TV serial, Aasman Se Aage. She had also featured in many advertisements. Additionally, she emerged at Crime Patrol in Sony Entertainment Television where she played a truly inspiring story about a struggling actress.

The role of Payal Diwan in one of The Hit Television Blockbusters of Star Plus, Pyar Ka Dard Hai Meetha Meetha Pyara Pyara was given to Monica Khanna in October 2013. She succeeded in leaving her elegance and was appreciated by many for her role in this show. From October 2015 to April 2017 she also took part in a prominent show Thapki Pyar Ki as Shraddha. During this time Monica became very popular with Pyaar Ka Dard Hai Meetha Meetha Pyara Pyara and Thapki.

She won the Golden Petal Awards for TV show, Thapki recently for her negative role.