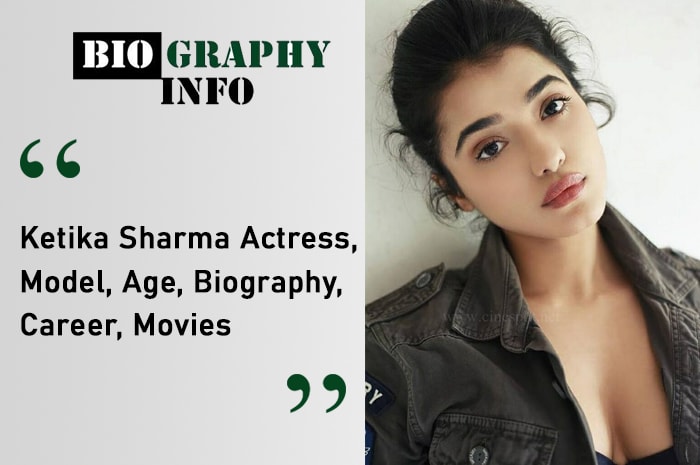 Ketika Sharma ( born on 24th December 1995) is an Indian actress, model, singer, Youtuber and Social Media Influencer. She rose to fame to fame with her lip sync videos. In 2016 she uploaded a video “Thug Life” which got her immense popularity. She also is seen often in the judging panel of inter-college shows.

Ketika Sharma was born in New Delhi, India.  She is the daughter of Dr Manoj Sharma. Her mother is a homemaker. She also an elder brother. She did her schooling from La Martiniere Girl’s College in Lucknow, Uttar Pradesh, India.

She went to college at Miranda House, Delhi University, India. She is an extremely adaptable actress and knows how to move along in the career she wished for since childhood. She resides at her own apartment along with her family. She lives like any other humble citizen and is very close to her family.

She is a fitness enthusiast and regularly works out to maintain her figure. At the moment she is single and seems like she will be staying that way for some time now. Her full focus is on working hard and making a name on her own in the industry. She is so popular on social media that popular director/producer, Karan Johar wisher her on her 21st Birthday.

As a young girl Ketika always wanted to be an actress. She was fascinated by the shows and movies she saw on television. Her father initially wanted her to become a doctor like her father but they also supported her when she expressed her wish to become an actor.

Initially, she started making lip sync videos just for fun. Then one day when she got immense popularity and attention due to her videos she decided to move ahead in this line of work. She made a video titled Thug Love in 2016.

The video got huge positive responses. She then decided to open her own YouTube Channel. Her Channel became an instant hit due to her already expanding popularity. Other than making videos she also works as a model and promotes several brands and labels through social media. She is a social media influencer as well.

She has also done an adult romance film “Romantic “. Her main source of income comes through modelling and acting. She is also often seen attending inter-college events as a judge and host. She has judged several fashion shows as well.