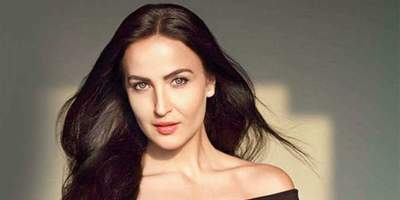 She is a Swedish actress and feels her heart for Mumbai. She flew to India on a tourist visa and later on got a work visa and settled here.

She has learned various dance forms, including ballet, belly dance, Kathak, Bharatnatyam, Jazz, and modern dance. Her mother has worked with Ingmar Bergman in the film ‘Fanny and Alexander’ which grabbed an Oscar.

Coming to the early life of this diva, her father is a Greek musician, and her mother is an actress.

She achieved her high school education from Frans Schartau High School and later on pursued a Degree in the Society of Economics. She is a loving daughter and an even more caring sister. Her brother, in current times, is an obstacle trainer.

AvrRam acquired her training in acting from her mom and aunt, who runs a theater in Skåne County, Sweden.

At the tender age of 17, she joined the Pardesi Dance Group, which was based in Stockholm, which gave performances specifically on Bollywood songs.

Her most striking acting project in Sweden was a crime drama romance movie, Förbjuden Frukt. In 2010, she tried her luck in the Miss Greece beauty contest. Her breakthrough performance in a lead role was in Mickey Virus.

Then in 2015, she got a role with comedian Kapil Sharma in the movie Kis Kisko Pyaar Karu, which was a box office hit. In 2019, Elli Avram had a special appearance for the song ‘Zila Hilela’ in the movie Jabariya Jodi starring Siddharth Malhotra and Parineeti Chopra.

She has also contributed to the Tamil cinema for ‘Paris Paris’ and Kannada cinema in ‘Butterfly,’ making her a versatile actress. She has an upcoming film to be released in 2020 named Malang with some big stars of B-town.

Her first debut TV commercial that aired was for Eveready Industries India opposite the leading actor, Akshay Kumar. In 2013, she was seen engaged in the Indian reality show Big Boss 7, which can be called her debut reality show because, after that, she was seen in Jhalak Dikhla Jaa 7 as a contestant in the year 2014.

She hosted The Great Indian Laughter Challenge Season 5, which aired on Star Plus and was judged by Akshay Kumar. The year 2019 has been fortunate for her. She got significant roles in the web series that premiered on the biggest streaming platforms.

She played the role of Sylvia Nanavati in ‘The Verdict – State Vs. Nanavati and got highly acknowledged. Netflix released its web series that is an Indian horror drama web series directed by Sujoy Ghosh named ‘Typewriter,’ where Elli played the role of Anita. And Sandy, played by her in Inside Edge 2 series for Amazon Prime, is not to forget.

The #metoo movement might have faded with time, but stories of harassment and molestation haven’t been buried yet.

Recently Elli scream voiced her experience about this industry, stating that directors wanted to sleep with her. She was told that she couldn’t be an actress with such shallow features and short height.

She also reported that she had been bullied by senior actors and how they got her removed from a famous film.