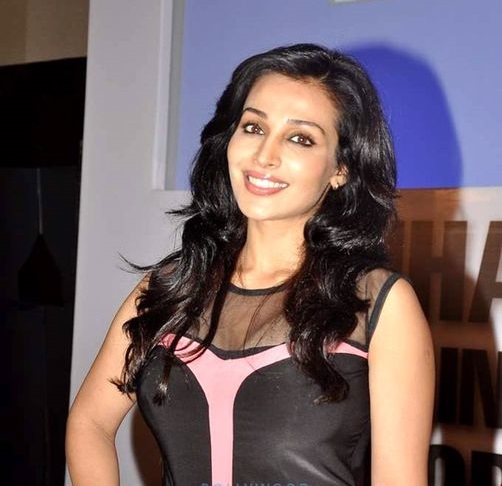 Flora Saini is an Indian actress and model. She is a professional model and also appears in Films. She has majorly appeared in Tamil, Telugu and Kannada films. She is also famous by the name Asha Saini in the entertainment industry.

She is the daughter of JS Saini (father) and Kamal Saini (mother). In the 100 crore club Bollywood Film Stree it was Flora who played the role of the ghost Stree and not Shraddha Kapoor.

Flora first began her career in modeling, became a professional model and then established her career in the entertainment industry with her appearance in films.

Flora Saini was born on 29th September 1979 in Chandigarh, India. She was brought up in New Delhi by her parents. She is the daughter of JS Saini (father) who is a military officer and Kamal Saini, who is a housewife.

Flora studied in Army Public School, Dhaula Kuan, New Delhi. Later she moved to Kolkata with her family, and there she began her career in modeling.

Flora’s dad is an army officer and hence belongs to an army family. She also attended Army Public School, New Delhi, India. After completing her education, she moved to Delhi to pursue her career in modeling. She became a professional model and entered the entertainment industry to establish her career in acting.

She is also famous by the name ‘Asha Saini’ and ‘Mayuri’ in the entertainment industry. Throughout her career, she has appeared in more than 50 films in different languages.

Flora has also performed in Kolkata Beauty Pageant. She has not only worked in movies but also series. She acted in the series Gandi Baat. In the year 2010 Flora was awarded the Uttarakhand Ratan Award.

Along with her career in acting, she is associated with social works as well. She received the ‘The Great Daughter of Soil Award’ in Mauritius for her work towards Poor and Helpless.

One fantastic fact associated with Flora’s Career is that three of her films which includes, Broker (Telugu), Vismaya Pramaya (Kannada) and Vah Re Vah (Kannada) released on the same date, 31st December 2010 which allowed her to enter the Limca Book of Records for the most number of film releases in a single day.