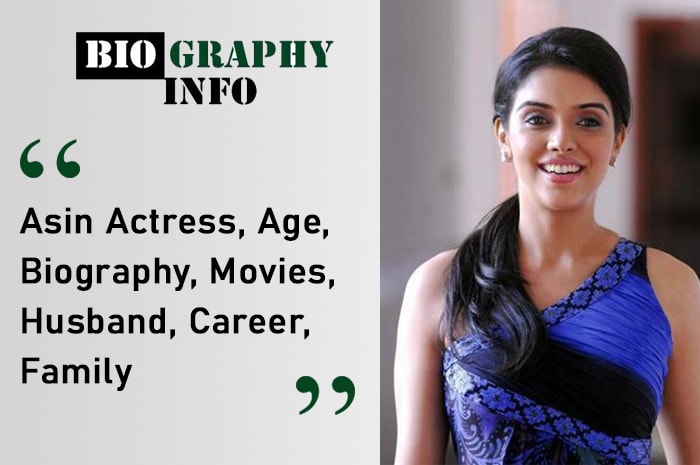 Asin Thottumkal (born on 26th October 1985), is a former Indian actress who mostly did Tamil films during her initial years and later entered into the Bollywood industry. She appeared in lead roles in Tamil, Telegu, Hindi and Malayalam films.

Asin is also a trained Bharatnatyam Dancer. She is the only Malayali actress after Padmini to have dubbed in her own voice for all her films irrespective of language. She is a member of the Bollywood 100 core club and often referred to as the “Queen of Kollywood”

Asin was born in Kochi, Kerala to a Malayali Syro-Malabar Catholic family. Her father Joseph Thottumkal is an ex CBI officer and mother is the surgeon Seline Thottumkal. She was supposed to be named Mary as per customs of naming the child after the grandmother but her father kept her name Asin because of its beautiful meaning.

The Queen attended Naval Public School from LKG till 10th standard after which she enrolled in St Teresa’s School in Kochi for her Higher Secondary Education. After that, she attended St Teresa’s College in Kochi, a college affiliated with MG University. She graduated with a BA degree in English Literature.

Asin is a Catholic Christian. She lives in Mumbai and owns a house in Marine Drive Kochi and a farmhouse in Vagamon, Kerala. The actress is polyglot and can speak seven languages-English, Hindi, Tamil, Telegu, Malayalam, French and Sanskrit. She can also speak Italian, German, Spanish and Marathi!

Asin married Micromax founder Rahul Sharma in January 2016 in a Christian wedding that was continued by a Hindu one. After her marriage, Asin has quit acting. She also gave birth on 24 October 2017 to daughter Arin.

Asin made her debut with a Malayalam film Makan Jayakanthan Vaka in 2001. The star had her first taste of success with the Telegu film Amma Nanna O Tamila Ammayi in 2003, she won a Filmfare best Telegu actress award for M. Kumaran S/O Mahalakshmi (2004). She received her Filmfare Best Tamil Actress for her third film-Ghajini (2005). She played the lead role in a number of successful films like Sivakasi (2005), Vaalaru(2006), Pokkiri(2007), Vel (2008) and Dasavathaaram (2008).

In 2008, Asin made her Bollywood debut with the very successful film Ghajini (2008) opposite Amir Khan which was the first Bollywood film to have collected more than 1 Billion rupees in the domestic box office, collecting a total of 1.9 Billion Rupees.

Asin won the Filmfare best female debut for Ghajini and many other awards for Ghajini. In 2011, she appeared in the movie Ready opposite Salman Khan, becoming the only South Indian actress to work with both Amir and Salman Khan. In 2012, Asin starred in Housefull 2, Bol Bachchan and Khiladi 786. After 2012 she hasn’t seen any movie despite her success and later appeared in the movie All is Well in 2015.

During her days of shooting Ready, she got involved in humanitarian works in Sri Lanka. Asin has also been a brand ambassador for several companies and products. The star has appeared in several advertisements for Avon, Mirinda, Colgate, Big Bazaar Parachute, Tanishq, Fairever, Lux, Spinz talc, Amrutanjan Healthcare and Clinic All Clear. Asin has been endorsing Mirinda since 2004.