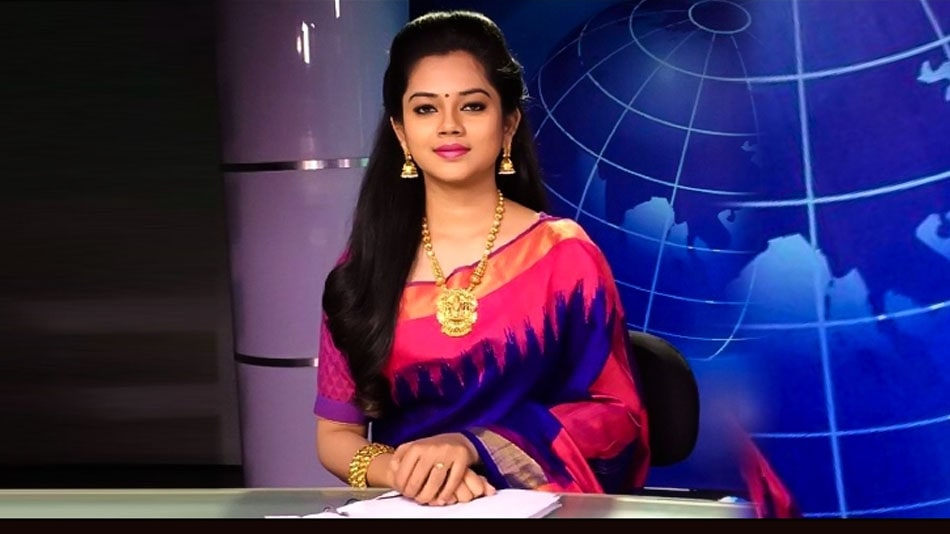 Anitha Sampath (born on 12th June 1992) is a news anchor employed by Sun Television. She became an internet sensation across the Indian subcontinent due to her extremely raw and notable talent for anchoring. She has become a household name in just her 30s. She is also famous for hosting television shows like Vaanilai Arikkai News, Vanakkam Tamizha and more. Anitha is also a voice actor. She built her reputation in the Tamil Journalism Industry in a very short amount of time. Recently, she was introduced as one of the 16 contestants of the reality TV show Bigg Boss Tamil 4 by the veteran actor Kamal Haasan.

Anitha Sampath was born and brought up in a well-to-do family from Chennai. Her father, Sampath, is a government official while her mother is a homemaker. Her family was unorthodox and open-minded so they let her pursue her dreams without any problems. They practice the Hindu religion. She got her early education from Velankanni Matric Higher Secondary School, Chennai, Tamil Nadu. She went on to pursue a masters degree in B. E. Electronics and Communication Engineering from Anna University, Chennai.

A lot of Sampath’s fans were anticipating when their favourite news anchor would tie the knot before she actually surprised them with her marriage on 25th August 2019. She was silent about her husband’s name, family, and business. The photos of their marriage went viral all over social media. Later, she revealed that her husband, Prabha Garan, is a graphic designer by profession. They were in a relationship for 3 years but then he proposed her for marriage. Sources say that they got married on the same day of the proposal.

Anitha was a vital part of the Tamil Film Industry throughout her career as a news anchor. She has been a news anchor for Sun TV for many years. Sampath portrayed the role of a reporter in K.V. Anand’s movie Kaappaan. She also played small cameo roles in movies such as 2.0, Sarkar, Adithya Varna and Kaala. She is a news anchor, voice actor, YouTuber, certified hairdresser and an actor and is yet to make a breakthrough for the Indian Cinema.

She was a part of several other News shows like Vanakkam Tamizha and Vaanilai Arikkai. She has also featured on News 7 Tamil, Sun News and Polimer News. Anitha also runs a YouTube channel in which she posts her vlogs. She shares tips on travel, makeup and beauty and let her fans close to her by sharing a sneak peek of her everyday lifestyle. She also shares her opinion on social media very openly and has professed her support for people against the tyrant government.