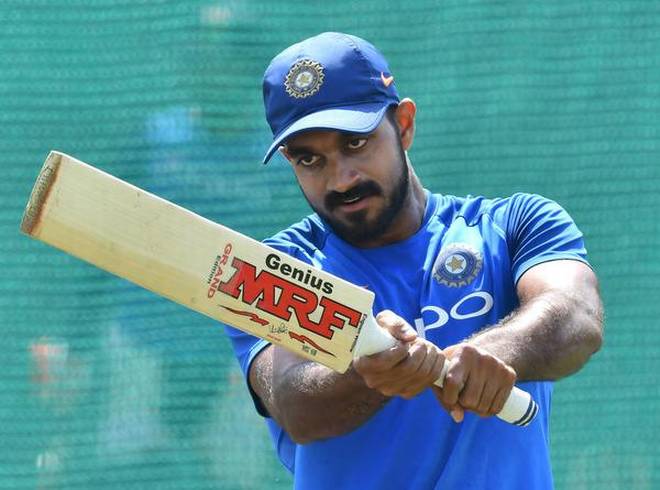 Vijay Shankar was born in Tamil Nadu on 21st January 1991. He went to Modern Senior Secondary School in Naganallur and completed his schooling from there. He attended Guru Nanak College in Chennai where he pursued his further studies (graduation) located at Velachery in Chennai.

His father H. Shankar was a member of the Chennai Cricket Club, and at the age of 10, Vijay saw his father playing at the cricket ground. Vijay has grown up seeing and getting inspired by his father’s profession. He always admired his father’s profession as a cricketer, and he grew up practicing in nets since he lived in a two-story house in the Madipakkan area in Chennai, so he usually played on his terrace.

He used a synthetic turf artificial pitch, wide nets, a ball machine, and other cricket equipment. From the very beginning, Vijay was under the coaching of his father H.Shankar and started practicing under his father’s guidance. After practicing in nets, he eventually started playing for the state level as well.

His Debut as a cricketer wasn’t a blunder, but still, it wasn’t great enough to fetch him fame and name. But his second match with Sri Lanka did the needful. He took two crucial wickets and also scored 32 runs and eventually he became the man of the match which was his first win as a man of the match. This is how his journey in cricket began. He has been active in his profession since 2012 and is currently playing for the National Team of India.

Vijay does not have any relationship as of now, and he is very actively indulged in cricket. His primary focus is on cricket since he is very passionate about it and is going through his peak years with increasing recognition through IPL and ICC World Cup’s performance.