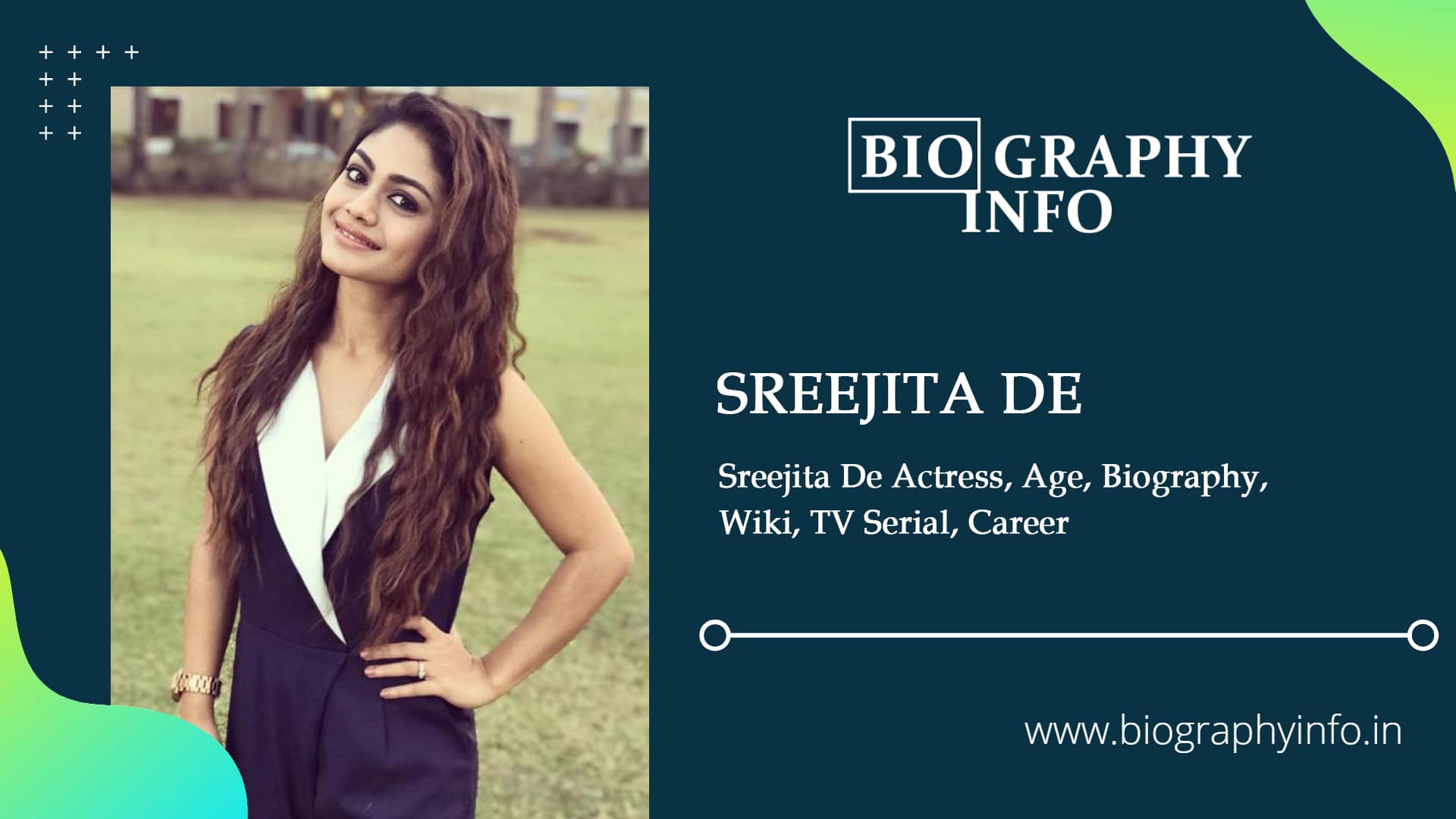 was born on July 16, 1989, in Haldia, West Bengal, India. She was also brought up in the same city. Her father’s name is Swapan Kumar De and her mother’s name is Lipi De. She belongs to a Hindu family. She completed her schooling from St. Xavier’s School, Haldia and graduated in Mass Media from Ramnarain Ruia College, Mumbai.

She was interested in journalism at first but her interests change later and she decided to become an actress. Her parents supported her decision and were there for her throughout her journey. She had a great childhood with loving parents and friends. She loves her city and the people she was raised with. She has always been a hardworking student as is now a hardworking actress with lots of followers.

Sreejita De opened up about her relationship on social media in the year 2019. She shared intimate moments with her boyfriend on the internet which led to a lot of discussions amongst her fans and followers. She revealed that the two met at a cafe and hit it off instantly. According to an entertainment portal, Michael is a business developer from Germany, who is currently working in Mumbai. Along with the actress, Michael has shared the pictures on his Instagram handle and recently made his Instagram debut. They both were about to get married soon but the couple postponed their wedding due to the ongoing coronavirus pandemic. In an interview, the couple revealed that they both were about to tie a knot by next year, i.e, early 2021. They want to have a grand wedding and therefore, they’ll wait for the pandemic to get over.

She was seen in the soap opera named Tum Hi Ho Bandhu Sakha Tumhi which was aired on Zee TV. In 2016, she played the role of Aradhya in the show named Piya Rangrezz which was aired on Life OK. She also bagged the role of Kavya in Koi Laut Ke Aaya Hai which is a Star Plus show. She has done episodic roles in shows like Aahat, Savdhaan India, Ssshhhh…Koi Hai, Mahima Shani Dev Ki, Aye Zindagi etc. The most recent show that she has done is Nazar in which she played the double role of Dilruba and Aliya respectively.