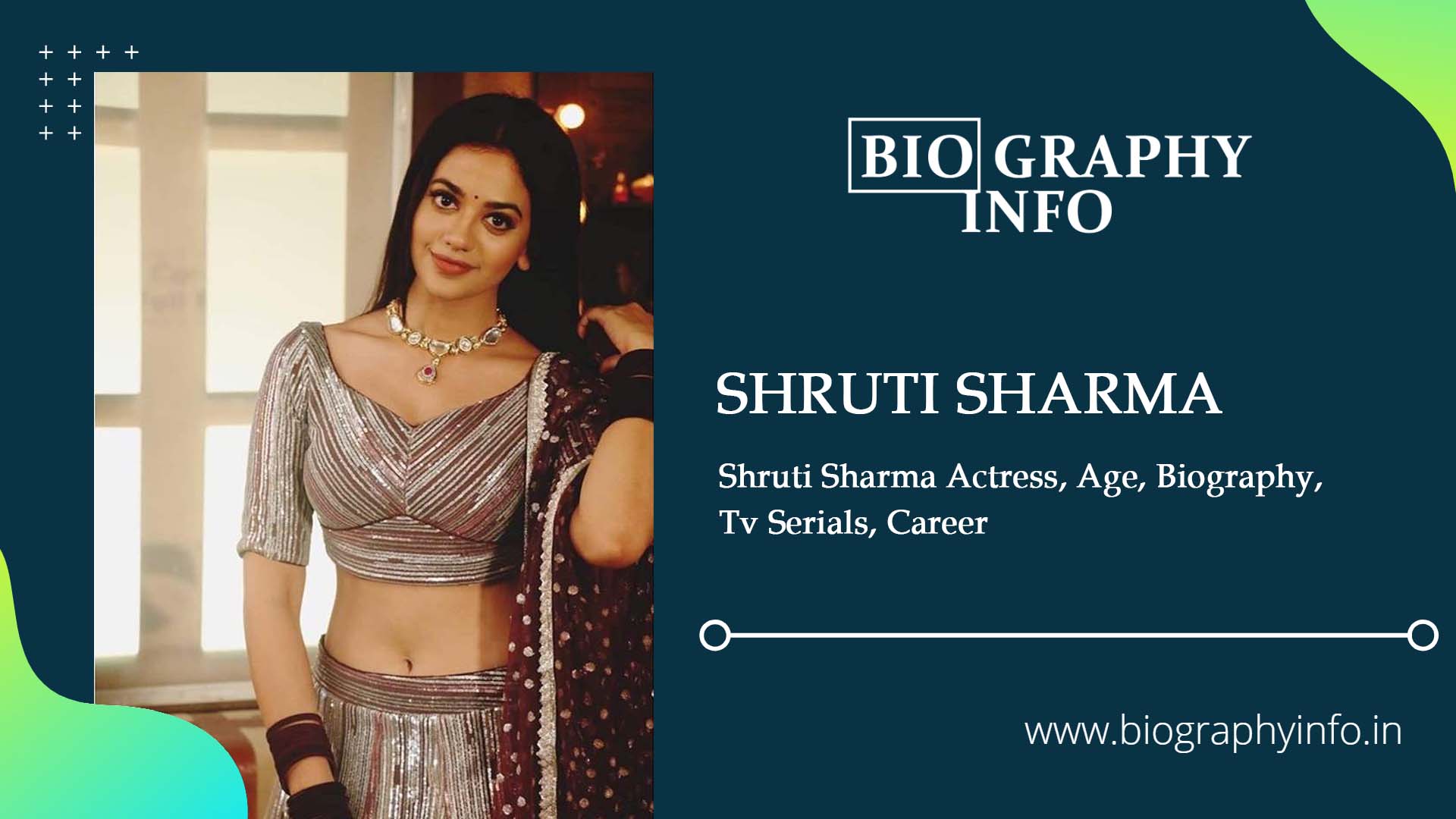 Shruti Sharma (born on 5th July 1994) is an Indian television, film actress, model and dancer. She started her career by participating in a Star Plus show India’s Next Superstar in 2018. She is best known for portraying the roles of Dhanak Parekh in Gathbandhan and Palak Verma in Nazar 2. Apart from this, she has also worked in Television commercials for Flipkart, Amazon, etc.

Shruti Sharma was born in Lucknow, Uttar Pradesh, India to father, Ganesh Sharma and mother, Mrinal Sharma. She follows Hinduism and holds Indian nationality. She has a brother named Shagun Sharma. Her father, Ganesh Sharma works in the electricity department. Shruti completed her schooling from New Way School, Lucknow, India. She was fond of dancing and acting since her childhood and wanted to have a career in that.

After completing school, she did a diploma in Creative Writing from IGNOU, Lucknow and graduated from IT Girls College, Lucknow. After graduating she went to Mumbai to learn acting. She did a diploma in acting from Anupam Kher’s acting school. Shruti started her career as a model and appeared in several television commercials for brands like Amazon, Flipkart, etc. After auditioning for many television shows, she finally got a chance to participate as a contestant in India’s Next Superstars in 2018.

She gained a lot of fame with this show and started getting offers for Indian TV shows, films, etc. She debuted with Gathbandhan in 2019 as Dhanak Parekh on Colors TV channel.

Shruti was in a relationship with a guy named Vedant Shah. They were together for some years, but due to some personal problems they mutually broke up. Currently, Shruti is in a romantic relationship with her Gathbandhan co-star, Abrar Qazi. Qazi is also an Indian television actor just like Shruti. They have been dating for quite some time now and their relationship looks promising.

After completing her diploma in acting, Shruti started auditioning for various Television shows. She started her career as a model and appeared in various TV commercials for big brands like Amazon, Flipkart, etc. In 2018, she did a music video Main Hua Tera, and she also got selected as a contestant in India’s Next Superstars. She became popular after her performance in that show.

A year later, in 2019, she portrayed the role of Dhanak Parekh in Colours TV drama Gathbandhan. She did an amazing job and showed her great acting talent. That year she was also called to portray the role of Sneha in a Telugu film Agent Sai Srinivasa Athreya. This was her first film. In 2020, she did three projects, two TV shows Nazar 2 as Palak Verma and Yehh Jadu Hai Jinn Ka! As Shayari. Out of the three the third project was a movie Pagglait where she played the role of Nazia.