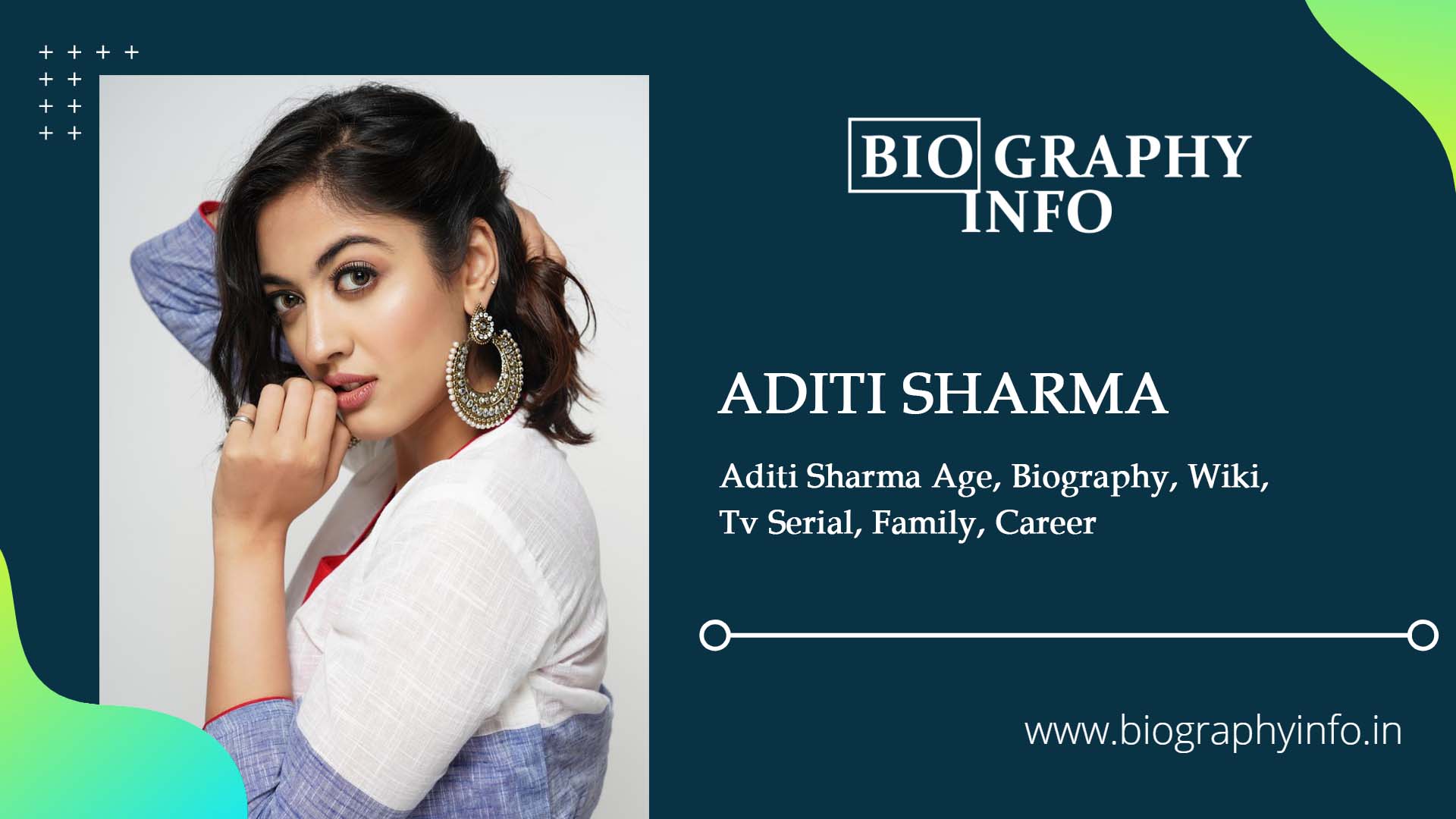 Aditi Sharma (born September 4, 1994) was born in Delhi, India. She started her journey to become a star with modelling. Apart from being a wonderful and hardworking model, she is also an actor and a YouTuber. She is widely known for the television show Kaleerein and Yehh Jadu Hai Jinn Ka. She has appeared in many Punjabi songs and also in a Haryanvi song. She is a beautiful and hardworking woman with many young followers.

was born in the capital of India, Delhi on 4th September 1994. She belongs to a Hindu family. Her father is Neeraj Sharma and mother is Meenu Sharma. It is known that they have been very supportive throughout her journey as an actor and a model. She has an elder sister named Pratishtha Sharma who is also an actress.

She has a brother named Saksham Sharma. Aditi had always been interested in acting and theatre since childhood. She studied in Hansraj Model School, Delhi and graduated from Vivekananda Institute of Professional Studies.

She had studied journalism and hence she is a journalist by profession. She always knew what she wanted to do from the beginning. Hence to fulfil her dream of becoming an actor, she started from being a model first. She is really hardworking and has a beautiful personality.

Aditi Sharma is rumoured to be dating Mohit Chhikara who is a freelance model and an actor. She is seen with him in a lot of events but the truth remains unknown. They seem to be really close to each other, hence their followers and fans believe that they are in a relationship. But the actress has cleared the rumours a lot of times saying that she is single and not in any kind of romantic relationship with Mohit.

She seems to be very focused on her career at the moment and says that she has a lot that she needs to achieve. She is nowhere close to realizing her dream to become a well-known actress, according to her. But she has definitely won hearts with her wonderful acting and charming as well as down to earth personality. She wants to devote her time to her family and career and would definitely think about relationships later.

Aditi Sharma first faced the camera when she was only three years old. After graduating from her college in New Delhi, she went to Mumbai to give her career a kickstart. She started her career as a model and in 2016, she appeared in a video of the musical group- Ophelia’s Dream. Later in 2017, she appeared in the famous Punjabi singer Guru Randhawa ‘s song- Taare which earned a lot of popularity a few days after its release. She appeared in many Punjabi songs like naan, Bekadra and others.

In 2018, she appeared in a Haryanvi song called Tu Raja Ki Rajdulari which got more than 35 million views. Sharma debuted on television with the show Kaleerein in 2018. She played the main character of Meera in this show.

After this show, she appeared in Star Plus show named Yehh Jadu Hai Jinn Ka. Other than acting she has advertised for several brands such as Metro Shoes and Amazon. She is also an Instagram influencer and a YouTuber. She has got a lot of followers due to her hard work and dedication.