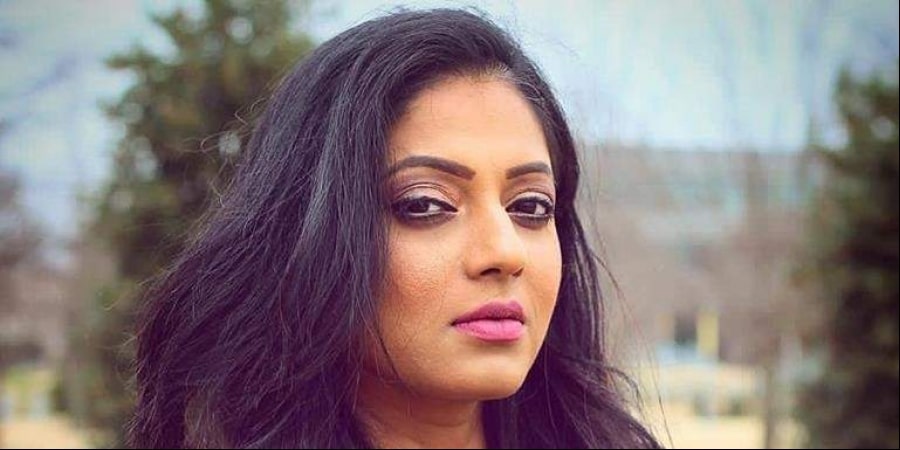 Reshma Pasupuleti Actress She is a film star and a Television actress. She has appeared in many Tamil and Malayalam films. She majorly appears in South Indian films. Reshma is an Indian actress, model, reality show contestant, show host, television actress, Journalist, newsreader, and anchor.

She started her career as an anchor from Chennai, India. Reshma Pasupuleti is the daughter of Prasad Pasupuleti who is a well-known producer of Telugu films.

Reshma’s sister, Deepti, is a Software Engineer by profession. Reshma completed her schooling from the USA. She pursued a degree in Computer Science from the University of Saint Joseph, West Hartford, Connecticut, USA. Meanwhile, she also completed a 2-year Computer Testing Course at Amity Software Solution, Chennai.

Reshma Pasupuleti started her career as a newsreader on the TV5 news channel. She also anchored many TV Shows on TV5 such as Brilliant Mind, Big Screens, Movie Mantra, and Hi5. Later she joined the TV channel Sun TV as an anchor and singer for the show Sun Singer. In the year 2007, she started working as an actress in a Telugu Show named Love Doctor.

In the year 2013, she joined as an Anchor and hosted the show Celebrity Kitchen. Reshma made her debut as a TV actress in TV serial Vani Rani which was telecasted from January 2013 to December 2018. In the TV Serial Vani Rani, she played the role of an antagonist named Devika. Her famous TV Serials include Vamsam telecasted from June 2013 to November 2017.

The show was wired on Vendhar TV. Reshma played the role of Sakthi in the serial. She made her debut as an actress in South Indian Film Industry with her appearance in Tamil film Masala Padam released in the year 2015.

Reshma has done the role of an actress, model, newsreader, journalist, and anchor while building her career. Once she appeared in the film industry to establish her career as an actress, she has done many roles and based on that she has received the following awards-