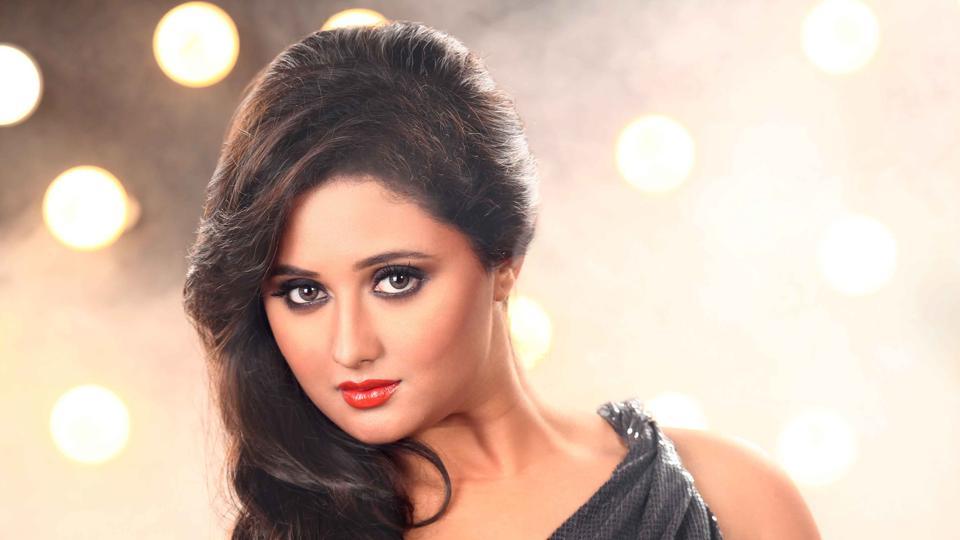 Rashmi Desai whose real name is Divya Desai is a television actress who is known for portraying Tapasya in Uttaran and Shorvori in Dil Se Dil Tak. She has participated in reality shows like Jhalak Dikhla Jaa, Khatron Ke Khiladi, and Nach Baliye. In 2019 she participated in the reality show Bigg Boss.

She was born on 13 February and is an actress/model. As of 2018, she was one of the highest-paid television actresses in India. It was her dream to become a glamorous actress and enter the show business.

Rashmi Desai was born on 13 February and was born and brought up into the Gujarati family of Assam. She did her schooling and diploma from Mumbai. Her father was a businessman by profession, and her mother was a teacher. Rashmi has a small brother named Gaurav Desai.

Rashmi is divorced with co-star Nandish Sandhu. They become one of the famous couples on screen as well as off-screen. Rashmi and Nandish Sandhu has a daughter named Manya Sandhu.

Rashmi hailed from a Gujarati family and did her schooling from JB Khot Primary School in Borivali, Mumbai. After teaching, she did graduation from the Narsee Monjee College of Commerce and Economics. She has always dreamt of becoming an actress since her childhood.

Rashmi had started her professional career at a very young age. She made the first acting debut with the film Kanyadaan in 2002. In 2004 Rashmi made her debut in Hindi cinema with the film Ye Lamhe Judai Ke alongside Shahrukh Khan and Raveena Tandon. Also the same year Rashmi did her first debut in Bhojpuri movie ‘ Balma bada nadaan’.

In the following years, Rashmi did acting in various hits Bhojpuri movies like Gazab bhail Rama, Kable Aayee Bahaar, and many others. In 2006, Rashmi got an opportunity to feature in the television serial ‘Raavan’.

In 2009 Rashmi got a turning point in her career and received huge success with TV serial Uttaran. Rashmi got featured in the blockbuster movie Dabangg 2 and did acting in TV serials like Adhuri Kahani Hamari and Dil Se Dil Tak.

She did her debut in Gujarati film ‘Super Star’ along with Dhruvin Shah. In 2019 Rashmi participated in TV show Bigg Boss 13.

Rashmi’s favorite food is pizza. Her favorite color is red, and her favorite actresses are Katrina Kaif and Madhuri Dixit. Her interests include dancing, acting, swimming, and singer.