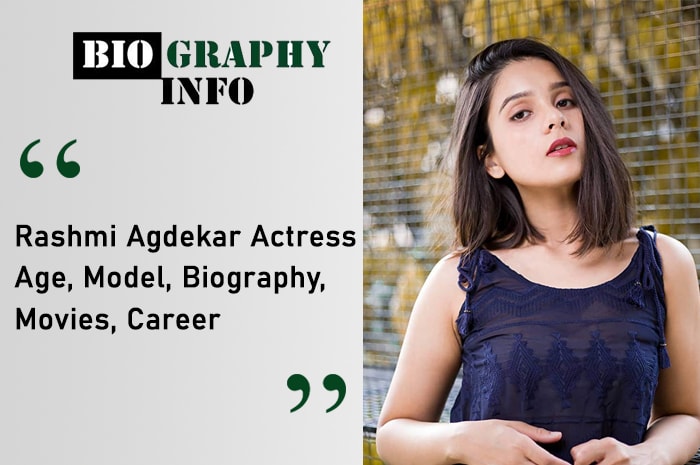 Rashmi Agdekar (born on 29th July 1995) is an Indian actress. She made her debut in Bollywood as Daani in the Film Andhadhun opposite Ayushmaan Khurana and Tabu. She entered the world of acting in 2017 with the Web series DevDD, where she played the role of Chandni.

Rashmi Agdekar was born in Mumbai, Maharashtra, India.  Her father Prakash Agdekar is a wealthy businessman and her mother is a homemaker.  She has a younger brother Abhishek Agdekar.

She did her schooling and college from Mumbai, Maharashtra, India before making a career move in the film industry. She is extremely close to her parents and often posts photos with them. She is also seen hanging out with them on several occasions. She belongs to a Hindu family of Marathi speakers. She is also trained in Kathak dance form.

Rashmi started her career right after she graduated.  She began her life in the industry in 2017. She made her debut in the industry with the popular web series titled DevDD, where she played the role of Chandni. Her acting in the series was highly appreciated and she started getting several offers and recognition.

She has endorsed for various popular brands like Goibibo, Cadbury Dairy Milk, Suzuki and Titan Plus. In 2018, she appeared in the dance reality show Tu Bas Naach.  She appeared in the show with popular actors of TVF including Ahsaas Channa, Nidhi Singh and Manvi Gargoo. Soon she was offered in 2018, to play the role of Daani in her Bollywood debut Andhadhun alongside Ayushmaan Khurana and Tabu.

The film became a box office hit and earned several awards further boosting her career.  In 2019, she appeared in the web series Immature, along with Omkar Kulkarni, Chinmay Chandraunshuhu and Himika Bose.

She played the lead role of Chhavi. After that she also appeared in the short film Rebecca as the lead character, depicting the problems faced by young generations in today’s world.