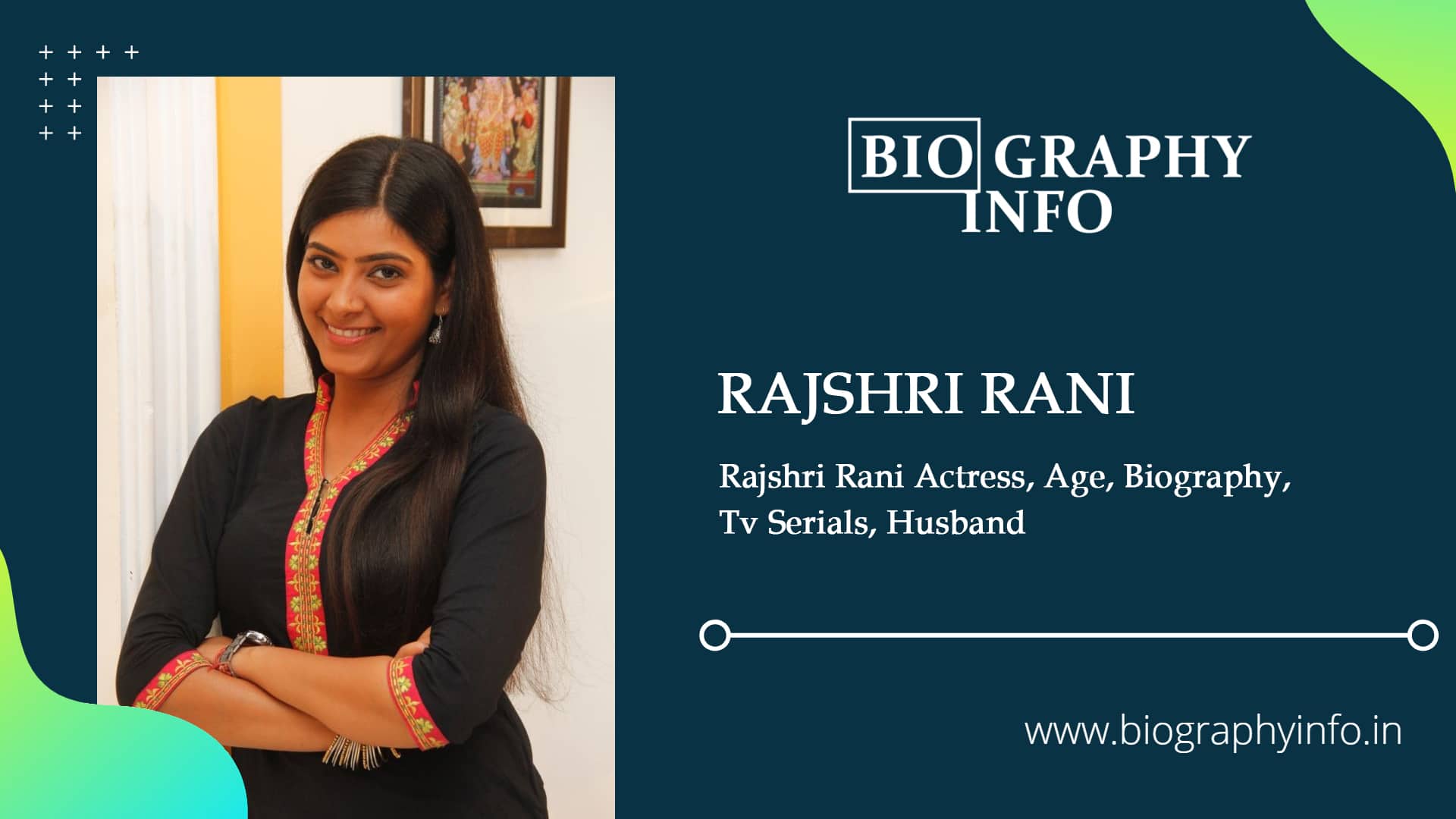 Rajshri Rani (born on 29th April, 1988) is an Indian television actress. She is best known for portraying the role of Suhani Yuvraj Birla in Star Plus’s Suhani Si Ek Ladki from 2014 to 2017. This show successfully aired for three consecutive years. Rajshri has also appeared in famous television shows like Sony TV’s CID in 2014, and Colour’s Savdhaan India in 2013.

Her love for travelling was the reason why she pursued this degree. She wanted to try her luck in acting so she gave an audition for a role Star Plus’s Madhubala-Ek Ishq Ek Junoon in 2012 and got selected. After that audition, she knew that this is what she wants to do. Rajshri got the limelight when she portrayed the role of Rashmi in Ek Kiran Roshni Ki in 2013. In 2014, She lost her mother, Siya Shukla, due to a severe heart attack.

After dating for some time rajshri officially got married to Vineet Pandey on 19th November 2008. Vineet Pandey is a casting director in Indian cinema. He started his career in 2007. After six years of marriage, they got divorced because of some reason. It was a mutual decision. 2014 was a very bad year for Rajshri, she also lost her mother due to a heart attack that year. There has not been any official news about her relationships after her divorce but there have been some strong rumours that she is currently in a relationship with co-star Gaurav Mukesh.

Rajshri graduated with a bachelor of tourism degree. She loved travelling and wanted to pursue a career in it, but due to some reasons, she did not. In 2012, she gave an audition for the role in Star Plus’s Television show Madhubala-Ek Ishq Ek Junoon and immediately got selected for it. Although she did a cameo in that show, she showed how good of an actor she is in that cameo. In 2013, she portrayed the role of Rashmi in Ek Kiran Roshni Ki and appeared in some episodes of Savdhaan India.

Rajshri has appeared in various television shows like CID, Haunted Nights, etc. as a supporting actress. In 2014, she got her first shot at portraying the lead role of Suhani Yuvraj Birla in Suhani Si Ek Ladki. This show performed really well in the three years of it’s running. After that, she played the role of Fighter Didi in Ikyawann in 2018 and Sameer’s wife in Yehh Jadu Hai Jinn Ka! in 2019.