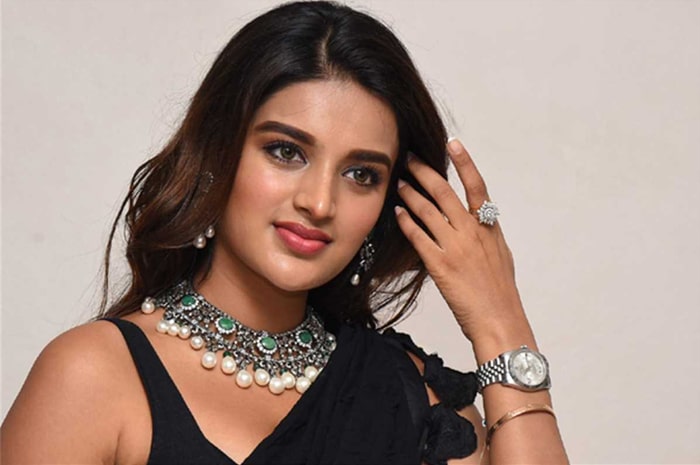 Nidhhi Agerwal is an Indian Actress born on 17th August 1993 in the state of Hyderabad. She is also a model and a dancer and has appeared in many Bollywood and Telugu films. She made her debut in the Bollywood industry with the movie Munna Michael with co-star Tiger Shroff and Nawazuddin Siddique.

She completed her schooling from Vidyaslip academy and Vidya Niketan School. Later, she went to Christ University, Bengaluru to pursue her graduate degree in Business Management.

She is a well-educated girl. Born in a Hindi-speaking family she can speak Telugu, Tamil and Kannada languages fluently as well as understand them well.

She went to Vidyaslip Niketan and Vidya Niketan School for primary schooling and completed her graduation at Christ University, Bengaluru. She is well trained in belly dance, Kathak and ballet dance forms.

In 2016, Director Shabbir Khan had confirmed that he was debuting a new actress Nidhhi Agerwal in his movie Munna Michael alongside Tiger Shroff as a lead character. She was chosen from within 300 candidates for the movie.

When asked about the acting passion she said, “ I always wanted to be an actress. Every time, I saw Aishwarya Rai Bachchan on a hoarding I’d tell myself that my face will be there to one day.” While she was working on the film, she was made to sign a no-dating clause until the completion of the film.

She also signed a movie with KriArj Entertainment which was directed by Shree Narayan Singh. It was her second Bollywood movie and Narayan Singh’s third directorial venture after Toilet: Ek Prem Katha and Batti Gul Meter Chalu.

She will also star in Akshay Kumar starer movie Ikka which is a remake of the 2014 Tamil hit Kaththi. In 2018, she made her debut in the Telugu film industry with the movie Savyasachi alongside actor Naga Chaitanya.