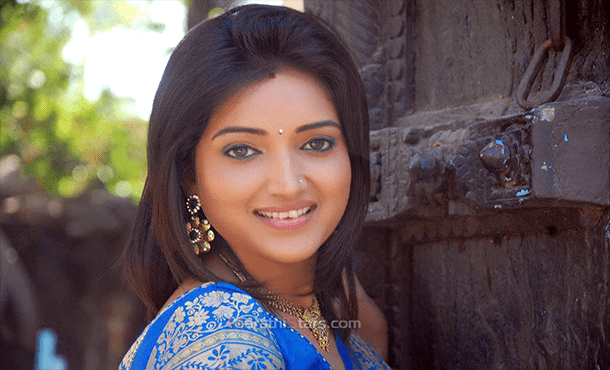 Malvika Sharma is an actor and model from South India. She made her on-screen debut with Telugu film “Nela Ticket” in 2018. Initially, she started off her career as a model and has also got featured in several Television commercials like Gionee mobile, Himalaya Herbals Face Wash, Meera Pure coconut oil and Santoor ME deodorant. She holds an LLB in Criminology. She will soon be appearing in the film “Red”

was born and brought up in Mumbai, Maharashtra, India by South Indian parents. She has a Younger brother named Vedant Sharma and shares a close bond with her family. She did her schooling in Mumbai.

She did her specialization in LLB Criminology from Rizvi Law College in Mumbai, Maharashtra, India. During her college days, she realized her dream of acting and modelling. She then started out her modelling career. She is trained in Kathak dance form from Rajendra Chaturvedi. She has a strong social media influence and has over 551k followers on the platform.

During the shoot of Nela Ticket she met her co-star Ravi Teja. The duo had an on and off-screen chemistry and started to be seen a lot in public. It is now believed that the duo are dating each other. They have not yet confirmed their relationship but seem to be very close.

Malvika started off her career as a model during her college days. She then in 2017 became the brand ambassador of Bluei India. She has also done several Television Commercials like Gionee Mobile, Himalaya Face wash, Meera Pure coconut oil, Santoor deodorant and many more.

Malvika made her film debut with the Telegu film named Nela Ticket in 2018. The film was directed by Kalyan Krishna and produced by Ram Talluri. She made her debut with the famous Telegu actor Ravi Teja. The talented young actress is next going to appear in the film “Red” opposite of Ram Pothineni, which is directed by Kishore Tirumala in 14th August 2020.