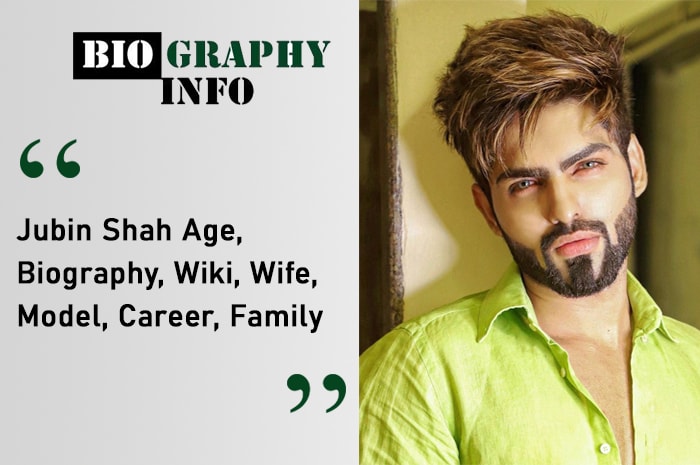 Jubin Shah (born on 22nd April 1995) is an Indian Instagram Influencer, Youtuber, Social Media Star, Model and Fashion Influencer. He was the brand ambassador of clothing line Ektrarfa. His good looks and distinctive hairstyles got him a lot of attention. He has also joined the Tiktok platform and has gained a lot of popularity in the app.

Jubin has never failed to get attention through his charming looks and personality.  A few years back when he started making videos for Tiktok he met a fellow Tiktok Star Afsha Khan. They both became good friends and gradually fell in love. They had been dating for several years when they finally decided to tie the knot. They married on 7th March 2019. They had a grand wedding that included family, friends and colleagues.

Jubin started off his career by clicking photos to add to his portfolio. He then sends them to several brands and soon got offers of several commercials. He is a social media influencer and has garnered a lot of fans on Instagram. He also runs his YouTube channel under his own name.

He promotes a number of brands through his Instagram.  He works for brands such as Beardo, Ponds, Gillette’s and Set Wet on his YouTube Channel. He has been active in the two-day fashion Instagram shop. He has collaborated with Star Face for Portfolio shoot with his fans.