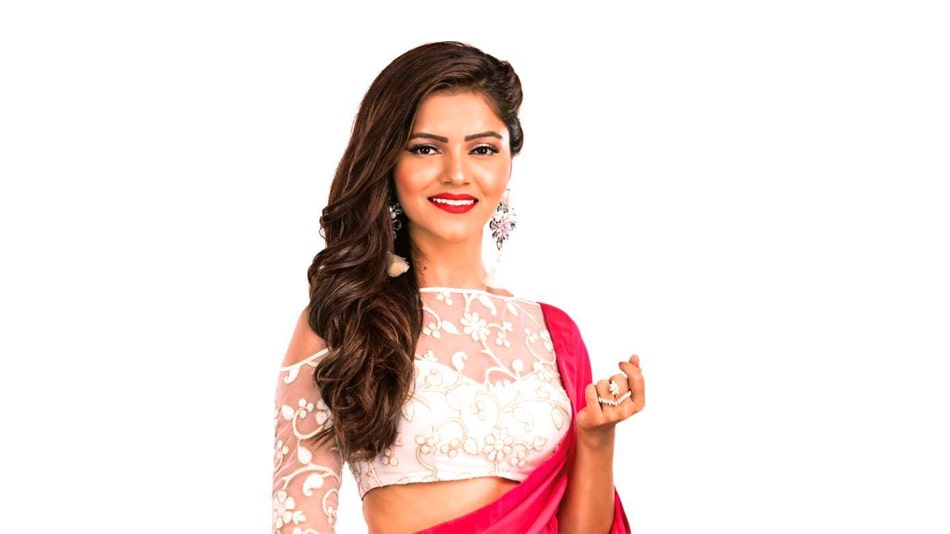 Hina Khan (born on 2nd October 1987) is an Indian television and film actress who is famous for her role as Akshara in the Star Plus serial Ye Rishta Kya Kehlata hai.

She also received a lot of fandom as Komolika in the serial Kasauti Zindagii Kay. She also took part in The Big Boss 11 and became the first runner up in 2017. She is one of the television (Hindi) industry’s highest-paid actress.

Khan was born in a Kashmiri Muslim family in Srinagar. She belongs to a family of four and has younger brother Aamir Khan who is the owner of a travel agency company. She went to the CCA School of Management in Gurgaon, Delhi and completed her Masters in Business Administration (MBA) from there in 2009.

She was about to join an air hostess course in 2008 when she had malaria and had to leave the course, it was during that time that she was offered the role of Akshara which she accepted. She attended a two-week acting crash course From Amardeep Jha before moving ahead. She always says that acting came to her life by chance.

Akshara is in a relationship with Ye Rishta Kya Kehlata Hai ‘s Supervising producer Rocky Jaiswal since 2014. The actor is in life in relationship with the producer. During her shooting in Khatron Ke Khiladi 8, she revealed that she suffers from Asthma.

Hina made her television debut with the role of Akshara in the Star Plus show Ye Rishta Kya Kehlata Hai and did the show for 8 years after which she quit in November 2016 to pursue other projects.  After the show, she took part in the reality TV Khatron Ke Khiladi season 8 in 2017 and emerged as the first runner up.

She entered the Big Boss house in 30th September 2017 as a celebrity contestant where she also took the title of the first runner up. She made a number of controversial statements in the show on stars like Sanjeeda Sheikh, Karan Wahi, Kishwer Merchant, Gauhar Khan, Rithvik Dhanjani and Karan Patel. She also received a lot of comments due to her fights with contestant Shilpa Shinde. In 2018, she took up the role of Komolika in Star Plus’s Kasauti Zindagii Kay.

In March 2018, she appeared in a Punjabi music video with Sonu Thukral and also in July in the music video Bhasoodi. On 31st March she signed her digital debut with the Ankoosh Bhatt short film SmartPhone opposite Kunal Roy Kapoor. In the same year, she signed her debut film Lines alongside Farida Jalal, directed by Hussain Khan and penned by Rahat Kazmi and Shakti Singh.

On 2nd January 2019, the actor signed for another short film Soulmate opposite actor Vivan Bhatena, directed by Pawan Sharma. In March she revealed her signing her second film Hacked with director Vikram Bhatt alongside Rohan Shah.

She won the Pink Villa award for Most Stylish TV Actress of 2017. On 25 January 2018, she won the Most Stylish TV Personality Award by Hindustan Times.  She the showstopper on Lakme Fashion Week for the Kolkata based label Osaa by Adarsh. On 7th  March 2018, she won Power Woman awards at Power Women Fiesta Awards 2018. In March she appeared on the magazine cover of Fit look magazine. On 2nd April age walked the ramp for Streax Professional in Mumbai for Marigold.

On 2nd April the star was awarded the Rajiv Gandhi Global Excellence Award by the former Chief Minister of Delhi Smt. Sheila Dikshit. She was also awarded the Style Diva of Television Industry at 11th Gold Awards and Stylish Personality of the Year at Iconic Achievers Awards 2018, in Mumbai. Hina was on the cover of December 2018 edition of FHM India.