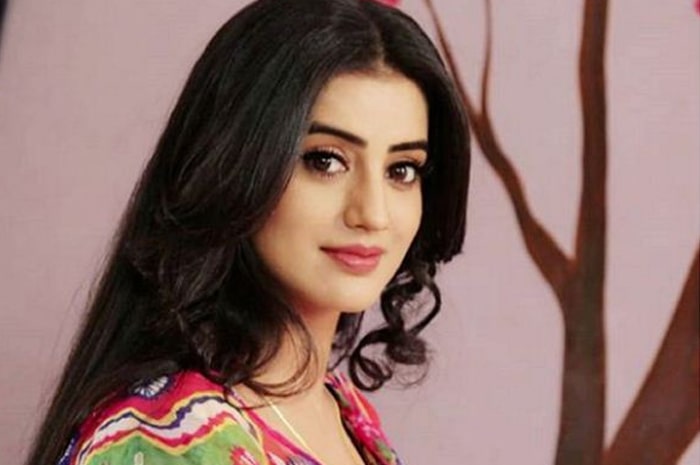 Akshara Singh was born on 30th August 1993 in Mumbai. She originally belongs to Patna, Bihar, her hometown. She is an Indian actress, mainly worked in Bhojpuri films. Apart from acting in Bhojpuri films, she also tried her luck in Bollywood television industry, but she could not get the recognition like Bhojpuri cinema.

She is the peak heroine and the highest-paid actress in Bhojpuri film Industry. Akshara is the most loved actress among Bhojpuri film lovers. She has abundant acting skills and a marvelous voice.

Akshara Singh is the daughter of Bipin Indrajeet Singh, her father, and Nilima Singh, her mother. She is Hindu by religion. Both her parents were famous and reputed actors of the Bhojpuri Film industry.

Her gene pool is the main element of her incredible acting skills. Born on 30th August 1993, the actress is 26 years old. Akshara had the zeal and passion for acting since her childhood.

During her childhood, she practiced her acting skills in the theater, and at the age of her sweet sixteen, she became proficient in both dance and acting. She has one sibling, an elder brother, Keshav Singh.

Akshara Singh made her on-screen debut in the Bhojpuri film industry with the film ‘Pran Jaye par vachan na Jaye,’ which released in 2011. After that, her performance in the movie ‘satyamev Jayate’ opposite actor Ravi Kishan was admirable.

This movie gained her immense popularity and reached the headlines of Bhojpuri Cinema. She became an overnight star and then signed ‘Saugandh Ganga Maiya ki,” which was an Action-drama film.

Her success knew no bounds. She stepped into Hindi television in 2015 and gave her the first television show ‘Kaala teeka’ that aired on Zee TV channel. Her splendor and character were very much appreciated.

She has appeared with top Bhojpuri actors like Manoj Tiwari, Pawan Singh, Dinesh Lal Yadav, Ritesh Pandey and many more. Recently she was seen in the movie ‘Nirahua rikshawala 2’ with co-star Dinesh Lal Yadav. She has also starred in various television shows of Zee TV and Sony TV.

She played the role of Gandhari in the very famous ‘Suryaputra Karn’ of Sony Tv. Although she gave her best in Hindi television shows, she didn’t receive as much fame as she got in Bhojpuri Cinema. She has hosted various TV shows and performed in live shows.

Along with commendable acting skills, Akshara has a beautiful voice. She has sung a song titled “Rakhi ka Bandhan” that was devoted to all brothers and sisters out there.

The song was released on the festival of Raksha Bandhan, hence receiving a lot of compliments and praises. The song exceeds around 3 lakh likes on YouTube and is most liked by the siblings. She is also a good playback singer. The song “Jai page ko dil se chaha” has hit millions of likes on YouTube and has become a sensation.