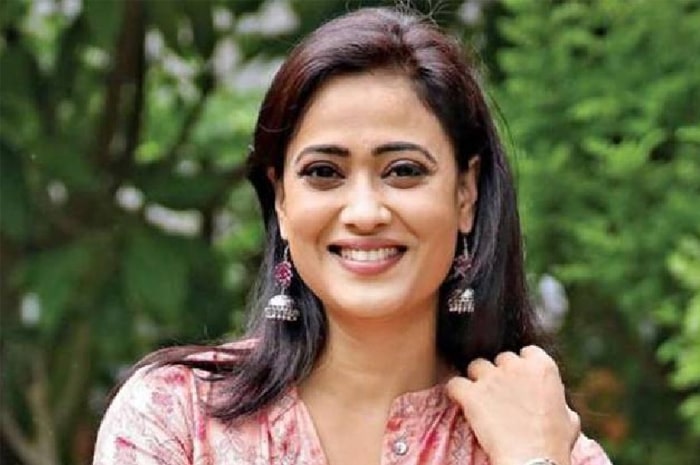 Aamna Sharif (born 16th July 1982) was born in Mumbai, Maharashtra, India. She is a well-known Indian television actress and a budding fashion designer. She has also worked in several famous Hindi movies. She gained popularity after playing the role of Kashish in “Kahiin To Hoga” which was aired on Star Plus. She won hearts with her charm, her talent and not to forget her immense beauty.

Aamna Sharif was born on 16th July 1982 in Mumbai, Maharashtra. She belongs to a Muslim family. Her father is an Indian and her mother is Persian-Bahraini. She has studied in a school called St. Anne’s High School, Bandra. She graduated from the University of Mumbai. While she was in her second year, she started receiving calls from modelling agencies. She was interested in modelling and acting since childhood. She belongs to a business family. In 1992, she had to deal with the tragic news of her father’s demise. After her father’s demise, her mother got remarried to a Hindu-Indian man. Aamna has three siblings.

Aamna, like any other famous actress, had to deal with her own share of problems in her personal life. In 2006, a rumour spread that Aamna was dating Rajeev Khandelwal who was her co-star in the serial named ‘Kahin to Hoga’. However, she denied this rumour in an interview saying that although Rajeev isn’t her boyfriend, he is definitely a close friend who has been with her through her hardships. Aamna is currently married to a businessman and a film distributor named Amit Kapoor. She dated him for many years before getting married on December 27, 2013, and now they are blessed with a son named Arain Kapoor who is four years old as of now.

Aamna Sharif started her career right when she was in college, during her second year. She started getting offers from various brands like Beetel Mobile phones, close up toothpaste, Emami Cosmetic Cream, Clearasil Skin Cream, Nescafe etc. Her career started after she got featured in several music videos. She appeared in a video album song by Kumar Sanu in 2001. She was also featured in various Hindi music videos by Falguni Pathak and Abhijeet Bhattacharya. Aamna made her acting debut in the television industry with ‘Kahiin Toh Hoga’ in 2003, she played the role of Kashish in the same.

Aamna earned a huge fan base after playing this role. She later appeared in ‘Honey Judaa Na Hum’ TV serial in which she got the lead role again. She has also acted in various Hindi films like ‘Ek Villian’ and ‘Roohi Afza’. She replaced Hina Khan and is currently playing the role of Komolika in the famous TV show called ‘Kasuati Zindagi Kay’.