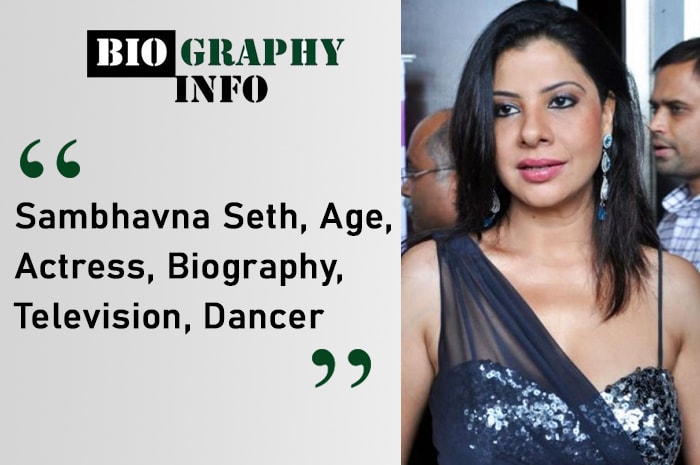 She is a well-known dancer, model, host of television events, a prominent actress and a blogger on YouTube.

She has occurred as an item girl in Bollywood.

She consistently earned many prizes for dance during her study years, and she successfully lost 11 kgs of weight on the occasion of her marriage.

She debuted with a Bollywood film of 2001 titled Paagalpan. After that, she never looked behind and continued to achieve success.

Sambhavna Seth was born in a middle-class family on November 21, 1980. She is very close to her family, and when she told them about her career in the glamorous world, her parents supported her. Just after completing her graduation, she gave many auditions for dancing. After establishing herself as a successful dancer, she became a model, blogger, actress and host.

She was madly in love with her boyfriend Avinash Dwivedi, and the couple performed their engagement on 13 February 2016 and married on 14 July 2016

Sambhavna Seth debuted in a film named Paagalpan. The film didn’t give much of an impression at the cinema, and after several film roles, she emerged at Abbas-Mastan’s 36 China Town’s mega-hit album, “Aashiqui Mein Teri”, and became popular throughout the country. She also performed at the under trial Hindi film.

Sambhavna Seth was a participant at the Bigg Boss’s 2nd season and also took part as a challenger to competitors in Bigg Boss’s 8th season. However, she was eventually expelled. In &TV’s Razia Sultan, she played a vamp. She has also been shown in Laal Ishq on &Tv. She also performed in an item song for the movie ‘Welcome Back’.

Sambhavna Seth made Bollywood and Bhojpuri movies and performed more than 50 songs. Seth emerged and earned the title Dancing Queen. She was seen in Dil Jeetegi Desi girl, Welcome – Baazi Mehmaan Nawaz Ki. In the reality show, BIG Memsaab she was one of the jury members.