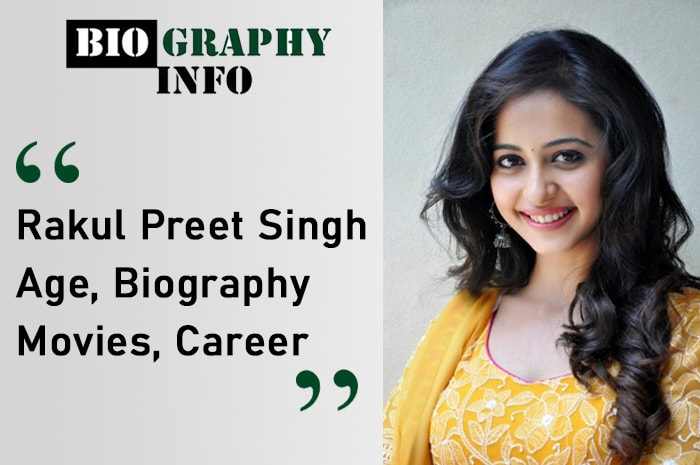 Rakul Preet Singh (born on 10 October 1990) is an Indian based model and actress. She hails from the Sikh descent and is Punjabi. She predominantly works in the South Industry and can also be seen in Hindi movies. Rakul is also a very talented student, Sportsman and model.

The actress was born in New Delhi to retired Colonel of Indian army, Kulvinder Singh and mother Rini Singh who is self-employed. Her family is pure Punjabi. Rakul did her schooling from Army Public School, Dhaula Kuan and later studied Mathematics at Jesus and Mary College, University of Delhi.

While the actress was in college she developed an interest for the field of acting and did her debut with the Kannada film Gilli (2009). Later Rakul also got into modelling and subsequently applied for Femina Miss India in which she was placed fifth in 2011.

The actor is one of the leading actresses of the South Indian Film industry, especially in Telegu Cinema. In January 2018 she signed for her next Tamil film opposite Suriya. After that she appeared opposite Siddharth Malhotra in Aiyaary which released in February, later that year in June she signed up for a Tamil film.

In 2019 the actress appeared in the Bollywood film De De Pyaar De and the Telegu film Manmadhu 2. After August 2019 she did two films – Marjaavaan and Indian 2. The actor has appeared in the film Shimla Mirchi in 2020 and is going to appear in three more films (Attack, Ayalaaan and an untitled film) this year. She also has 2 films scheduled for 2021 – Indian 2 and Thank God.

Currently, the star is appointed as the brand ambassador of Beti Bachao Beti Parhao programme by Telangana State Government. She has a franchise of three gyms named Functional 45, among which two of them are in Hyderabad located in Gachibowli and Kokapet and another one in Vishakhapatnam. She has bought an apartment in Hyderabad of worth Rs 3 crore (US$4, 20,000) to stay there with her family.