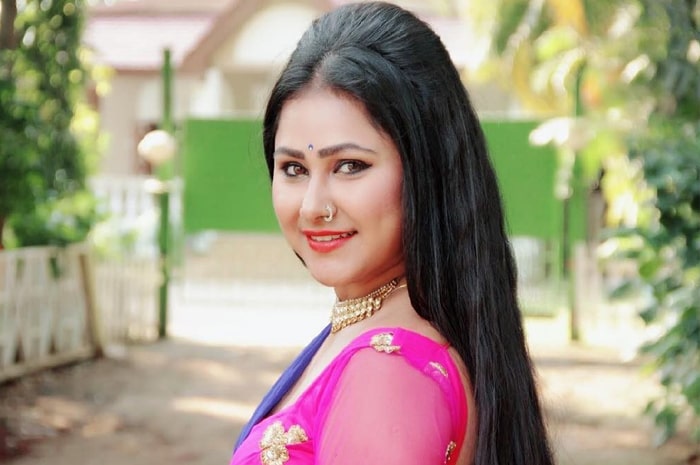 Priyanka Pandit (Gargi Pandit) is a Bhojpuri actress, who works in Bhojpuri Cinema. She was born in Uttar Pradesh, India on 30th June 1991. She made her debut at the age of 22 in the Bhojpuri cinema with the movie “Jeena Teri Galli Mein” in the year 2013 with Pradeep Pandey (Chintu). She won the best Bhojpuri Actress in 2014 for the same movie.

She has completed approximately 50 Bhojpuri movies. She is one of the most beautiful actresses in the Bhojpuri cinema and is very beautiful. She has worked with a lot of popular Bhojpuri stars.

Priyanka was born in Jaunpur, Uttar Pradesh on 30th June 1991. She grew up in Gujarat and can speak really good Gujarati and did not really know how to speak Gujarati. She completed her graduation in an Ahemdabad college.

Ever since she was young she loved acting and wanted to become an actress, but becoming an actress wasn’t quite easy for her as her father was a doctor and her family wanted her to become a doctor too. Before she entered the Bhojpuri industry, she worked in 2 Gujarati movies.

Priyanka made her debut at the age of 22 in the Bhojpuri Cinema with the movie Jeena Teri Galli Mein opposite Pradeep Pandey (Chintu) in 2013. Before entering the Bhojpuri industry, she had already worked in 2 Gujarati movies.

She was known for her work in various Movies such as VILLIIAN – Ek Prem Kahani, Icchadhari, Deewangi Had se, etc. But, after working for 4 years in the industry she did not gain much fame. She went to an astrologer and he suggested Priyanka change her name and she named herself Gargi.