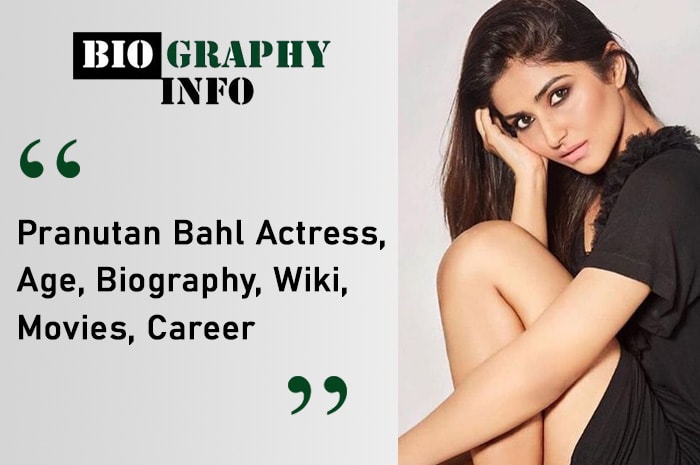 Pranutan Bahl (born in 1993) is a Bollywood actress who first was seen in the movie Notebook along with co-star Zaheer Igbal. She is the granddaughter of famous actress Nutan. Her father is also in the industry and the famous actor who primarily appears in negative roles and supporting roles in Bollywood, Mohnish Bahl. Other than an actor she is also a law graduate and holds a BLS LLB degree.

Pranutan Bahl was born in Mumbai to parents Aarti Bahl and Mohnish Bahl. She is born into a Hindu Khatri family. Her mother is also known as Ekta Sohini. Her parents are both actors in Bollywood.

She did her schooling from Cathedral and John Connon School in Mumbai. She did her graduation in Legal Science and Law (BLS LLB) from Government law college in Mumbai. She also did her Master’s in Law (LLM) from the University of Mumbai. Professionally she is a lawyer and actor.

Professionally Pranutan is a lawyer. But from Childhood itself, since she belonged to a filmy family she wanted to become an actress but was wise enough to pursue an additional career as a lawyer and waited from the right time to hit the big screen. She hit the limelight when Salman Khan introduced her through a social media post by saying that he found the lead for his movie Notebook opposite Zaheer Iqbal and posted her picture.

The film was directed by Nitin Kakkar. She also handles her father’s social media accounts. Notebook marked her debut in 2019. Further, she will be appearing in the movie produced by Sony Pictures and directed by Satram Ramani, Helmet. She will star opposite Aparshakti Khurana and Abhishek Banerjee. It is said by many that she is withholding her grandmother’s legacy since she is just as charming and talented, she even looks like Nutan.