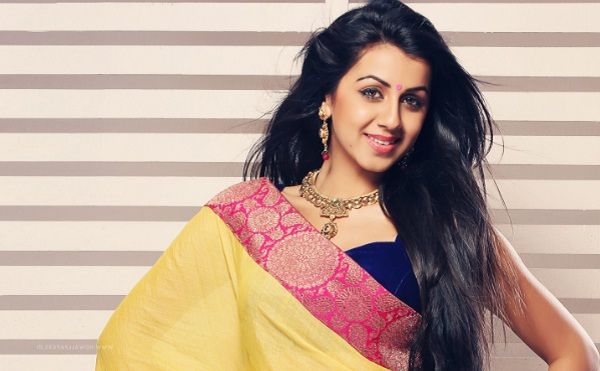 Nikki Galrani is an Indian actress who majorly performed in South Indian films. Nikki, along with being an actress she is a fashion designer and a model from Bengaluru, Karnataka. Nikki is also recognized as Darling of Tamil cinema. She predominantly works for Tamil and Malayalam films.

She has successfully established her career in South Indian films and has also won several awards. With her beautiful looks, she has also conquered a successful run in the modeling industry. As per Kochi Times, Nikki Galrani is ranked at 5th place in the list of 25 most desirable women of 2015.

Nikki Galrani is the daughter of Manohar Galrani and Reshma Galrani. Nikki is the youngest in her family wherein she has an elder sister, Sanjana Galrani. Nikki’s parents Manohar Galrani and Reshma Galrani wanted her to pursue medical and become a doctor. But Nikki had different plans. She wanted to establish her career in the entertainment industry. With her interests in fashion, she pursued her career in Fashion Designing.

After completing her studies, she entered into the modeling industry and eventually took up acting in South Indian films. She is also known as Darling of Tamil Cinema. Nikki attended Bishop Cotton Girls School. Despite her parents wanting her to become a doctor, she focused on becoming a Fashion Designer. She completed her graduation in fashion designing.

Nikki’s career as an actress

Nikki Galrani is a Tamil actress who made her debut in Tamil Industry first in the film 1983 and then in the film Darling which is a horror-comedy film. She starred as a leading actress in Darling opposite GV Prakash. She gained fame through the film Darling, which was a box office hit with revenue of 32 crores. This film got her an overnight success in the Tamil industry. This film was a huge hit throughout the year.

Her other film 1983, was a huge hit which is a sports-based film. She has gained a lot of appreciation from the movie 1983 despite the fact that she was chosen and performed as a second lead actress. Whatever her role part in 1983 she did a tremendous job and gained a lot of fame. For her debut in the Family film 1983, Nikki got a Filmfare award and SIIMA award.

After her appearance in the movie 1983, she was offered a role in the movie Ajith, which was a Kannada film which was again a super-duper hit in the box office. Film Ajith was a remake of a Tampon film Paiyya.

Since Nikki has significant interests in modeling, she has appeared as a model for big fashion houses. Her both debut films were super hit at the box office. Nikki has been nominated for 5 awards, and surprisingly she has won all of the five nominations in the category of best new actress and a best new face.

Nikki gave a kick start to her career with the films 1983 and Darling. Her debut films were a hit which not only gave her fame but also won her Filmfare award SIIA award and all the other nominations which are a matter of pride for her.

Recently she has been seen starring in movies like Pakka and Kalakalappu 2. Currently, she is busy with her shooting for the films Kee and Charlie Chaplin 2. Nikki has appeared in many glamorous roles, and she is very passionate about her career in modeling as well, and she wishes to come in more of advertisements as well along with her appearance in films.