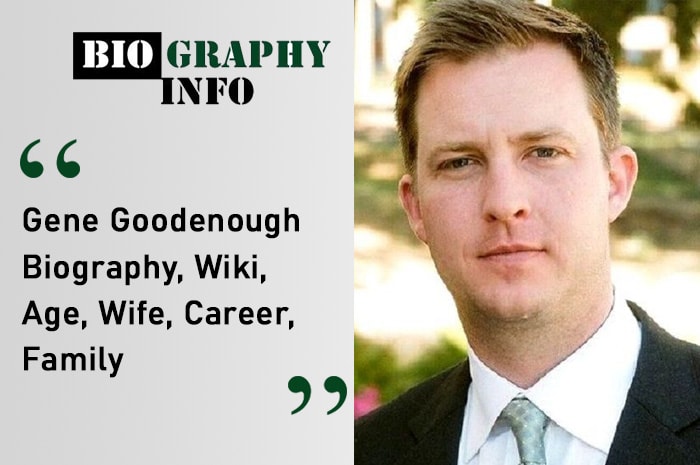 Gene Goodenough is the Senior Vice President of NLine Energy Inc. In the department of Product and Finance. He is from Los Angeles California, USA. He grabbed the attention of the people in India when he started being seen with Bollywood actress Preity Zinta.

There were rumours regarding them dating until they tied knots with each other in 2016. He is also the key witness to the molestation case filed against Preity Zinta’s ex-boyfriend, Ness Wadia which was filed by Preity Zinta in 2015.

Then he went on to pursue his Master’s degree in Business Studies (MBS) from ESADE Business and Law School in Spain. He was a very good student at school, academically and has attained great achievements in a very short time.

Gene Goodenough met actress and wife Preity Zinta for the first time in Santa Monica, Los Angeles several years back. Preity regularly visited there to meet her niece and nephew. He is the key eye witness of the molestation case filed against Ness Wadia on June 13th 2014 by Preity Zinta for abusing, molesting and threatening her at an IPL match in Wankhede Stadium on May 30th.

While he witnessed the incident it was he who rescued her and was her shield during the time. Since he wanted to stay out of legal battles Preity went to Los Angeles to convince him to become the eye witness to which he eventually agreed. During that time of turmoil, the duo started developing feelings for each other.

While everyone thought that the relationship wasn’t serious enough and tough since it was long distance,  the pair shocked everyone with their marriage on 28th February 2016. They got married in Los Angeles, California, the USA in Hindu rituals. They also hosted a reception in Mumbai soon after to introduce him to the Bollywood industry.

After the completion of his education, Gene started working as an Assistant Vice President in the Bank of America. After some years, he left the job and started work in the US-based private company- Interthinx, Inc.