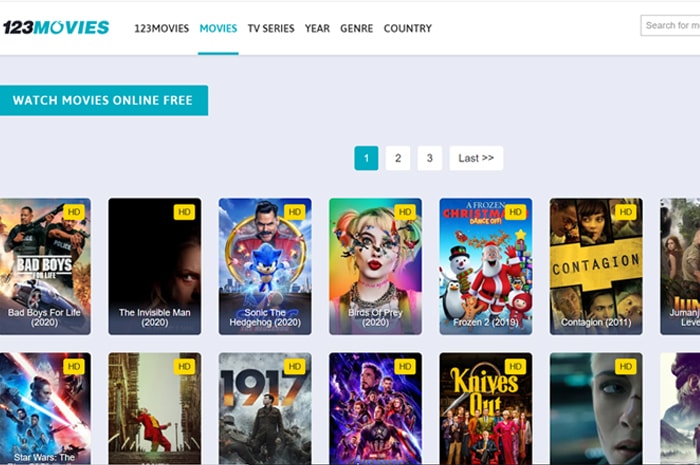 Sites such as 123Movies, GoStream, MeMovies and 123movieshub was a network of file streaming and downloading websites which allowed users to stream movies and series online without any fee. The websites were operating from Vietnam. It was launched and operated from 2015 to 2016. The Motion Picture Association of America called it the “Most popular illegal site” in March 2018.

A few weeks later following a Vietnamese criminal investigation the site was shut down. Presently, as of December 2019, the site is still active via proxies or mirror sites. The content in it is not licensed. It had 98 million users at its peak.

Its revenue is through advertising. 123movies included HD, HD-RIP, Blu-ray and camera qualities of films and the hosters, video players were Openload, Streammango and My cloud. During its existence and shut down period, the site was covered by TorrentFreak because of its features, uptime/downtime, shutdown and reasons for the shutdown.

After being shut down by the different domains the site went through numerous name changes. At times it appeared as “123movies” also. The original name and URL was “123movies.to”, it changed to other domains including 123movies.is before redirecting into gomovies.to and gomovies.is. It was renamed into gostream.is and then to memovies.to.

Then it changed into 123movieshub.to/is and stayed that way until the shutdown. In October 2016 the Motion Picture Association of America included 123movies in its list of Online Notorious Markets overview to the Office of the United States Trade Representative.

It started its global Alexa ranking of 559 and a local rank of 386 in the U.S. 123movies had 9.26 million worldwide unique visitors in August 2016. Business Insider reported in October 2016 that 123movies.to was the most used pirated website in the United Kingdom. The site workers launched a streaming site solely for the anime streaming and named it AnimeHub.to. It remained online for months after the shutdown of 123movies.

In March 2017it was reported by the TorrentFreak that the U.S. ambassador to Vietnam ( Ted Osius) had been in talks with the local minister of Information and Communications ( Truong Minh Tuan) regarding the shutting down of illegal video streaming sites operating via Vietnam and listed 123movies as one specific site. In October 2017 the 123movies and Gostream.is was listed in its Online Notorious Markets overview list to the Office of the United States Trade Representative stating that the site was from Ukraine that the sites tales heavy steps to hide the identity of the operator including the use of Cloud Flare but there was strong reason to believe that the operator was still in Vietnam.

The content was uploaded using cyber locks from numerous email accounts originating from the Can Tho University of Medicine and Pharmacy. In March it was announced that the site was the most popular illegal site in the world by the Motion Picture Association of America. It also said that it operated from Vietnam and it received 98million visitors per month.

A note on the site’s homepage announced its shutdown on March 19th of 2018 and urged the users to respect the filmmakers by paying for the movies and TV shows. In October 2018 the goodwill of the shut down of the site was announced by the Motion Picture Association of America but also reported that several copycat sites had emerged in eight other countries. In November 2018, TorrentFreak said sites connected or similar to 123Movies such as WatchAsap had also been shut by the FBI and were redirected to other file sharing sites.

The site allows you to binge-watch your desired movies at free of cost. No process in the entire site requires payments of any sort.

Talk about free, but here in 123movies you can bot only watch movies free of cost but also of your desire. Your favourite movies are available here.

Several genres and types of videos are available here that too for free with just a click of your mouse.

The movies available here are for varying resolutions to meet your needs the site contains 114 as well as HD resolution.

In case of all the mediums of downloading the process is quite the same. All you need to do is search for the appropriate Apk file and download and install the app. Registration is also required at the time . If you face trouble downloading the file then make sure you Unknown Source downloading is allowed in your device and if not then turn it on. In case of the devices other than Android and iOS, you can use any android emulator such as the Blue Stacks to operate the app on your desired device.

The site is free of cost and doesn’t require any money anywhere.  Although registration might be required at the time.

Since it is a pirated site it may cause legal consequences to you and other than that at times the advertising contains malware. The copycat sites are at times filled with a virus or are more the sole purpose of earning.

Yes, you can change the resolution depending on your wants.