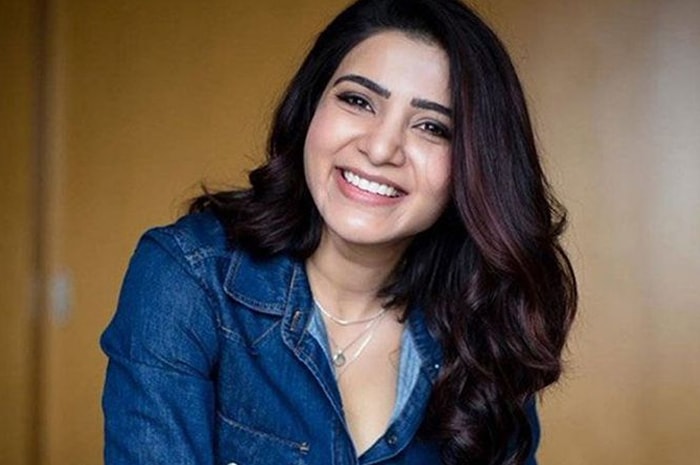 Samantha Akkineni was born on 28 April 1987 as Samantha Ruth Prabhu. She is an Indian actress who has established a career in the Tamil and Telegu film industry. She has received several awards including four Filmfare Awards.

Samantha is one of the leading actresses in the South Indian Film industry. She is born and brought up in Chennai, India.

Samantha Akkineni was born to a Telegu father and Malayali mother from Alappuzha, Kerala. Samantha was brought up in Pallavaram in Chennai, India. She is the youngest in the family and has two elder brothers Jonathan and David. Despite her mixed background, she is a Tamil.

The actress studied at Holy Angels Anglo Indian Higher Secondary School and did her degree in commerce from Stella Maris College in Chennai. While pursuing her undergrad degree she started working as a model and worked with Naidu Hall. It was during this time when she was approached by filmmaker Ravi Varman.

The South Indian actress had to take time off from her career in 2012 when she diagnosed with an immunity disorder and had further set back when her body stopped responding well to antibiotics. It was during this period that she laid back for two months and as a result had to opt-out from several big film projects.

She began dating the actor Naga Chaitanya in 2010 and the pair were engaged in Hyderabad during a ceremony in January 2017. the pair married in Goa as per the Hindu tradition on 6th October 2017 and later by the Christian customs on 7th October 2017.

While doing her under graduation in commerce Samantha Akkineni found interest in the modelling career and worked in part-time modelling assignments. While working as a model she received several film opportunities.

She made her debut in Gautam Menon’s critically acclaimed Telegu romance “Ye Maya Chesave” (2010) which resulted in her winning of the Filmfare award for Best Debut Actress and a Nandi Award. The film was simultaneously made into Tamil film Vinnaithaandi Varuvaaya(2010) which created much anticipation prior to release due to the first time collaboration between Gautam Menon and music composer A.R Rahman.

The actress was signed up for the movie in mid-August 2009 and worked on the film in India and the United States of America. Samantha’s next release was the romantic drama, Baana Kaathadi (2010) opposite of the actor Adharvaa. She portrayed the role of NIIFT student in the film which was the first of its kind Tamil Cinema. The star then became the second only actress to win both the Filmfare Award for Best Tamil Actress and the Filmfare for Best Telegu Actress in the same year for her performances in the films Neethaane En Ponvasantham (2012) and Eaga (2012).

Since then she has worked primarily as the lead female actress in hero-centric Telegu and Tamil movies. She has had box office hits with the films Dookudu (2013), family dramas Seethamma Vakitlo Sirimalle Chettu (2012) and Attarintiki Daredi (2013) and AR Murugadoss’s Tamil action film Kaththi (2014). Samantha received her fourth Filmfare Award due to her work in the film A Aa (2016).

Her next films – Theri (2016), 24 (2016), Mersal (2017) which went to join the 200 crore club and Rangasthalam (2018) which went to become the all-time Telegu Blockbuster only behind Baahubali: The Beginning were also commercially successful. She also has worked in the critically acclaimed film “U-Turn”.

Along with her acting career, the South Indian household name is also a prominent celebrity endorser for brands and products, while she also started her own NGO called “Pratyusha Support” in order to provide medical assistance for women and children in 2012. Her earnings from endorsements, inauguration events and project launches are donated in order to support her foundation.